The country's central bank has lately raised its growth outlook for the gross domestic product to 2.8 percent for 2017, up 0.2 percentage point from its estimate released in April.

The Bank of Korea said it expects the economy could grow 2.9 percent in 2018 on the back of global economic recovery and increased domestic spending. 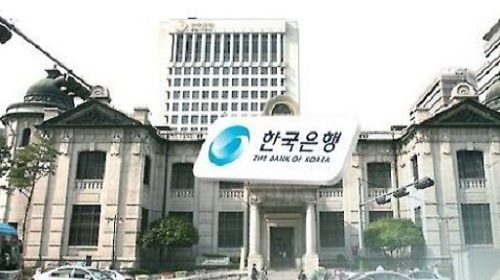 (Yonhap)
Analysts said South Korea is expected to face difficulty in achieving an annual economic growth of 3 percent in the coming years as consumption is crimped by the aging population and rising household debts. In 2016, the economy grew 2.8 percent.

"We need a fundamental solution as our economy faces structural problems, such as persistent low growth and deepening polarization," Finance Minister Kim Dong-yeon said in a meeting of economy-related ministers.

He said he will unveil details of the government's economic policies next week, though the policymaker said the economy should focus on income and job creation, as well as innovation.

Last year, South Korea's income disparity widened despite the government's efforts to narrow the gap between the rich and poor.

Those in the top 20 percent income bracket had nine times more earnings than those in the bottom 20 percent last year, according to the data compiled by Statistics Korea.

Still, the finance minister sidestepped what he describes as a "very sensitive question" over whether the government should raise taxes to meet the growing outlay demands.

In June, the finance minister said that he has no immediate plans to raise income and corporate taxes. (Yonhap)