[ The Korea Herald – Send E-mail ]
[Newsmaker] Celebrity defector possibly abducted by NK: report
By Jung Min-kyung
Published : Jul 19, 2017 - 17:54
Updated : Jul 19, 2017 - 18:17
Police have launched a probe into the case of a North Korean celebrity defector who recently appeared in a propaganda video clip for the North, amid suspicions she may have been abducted by the hermit nation. 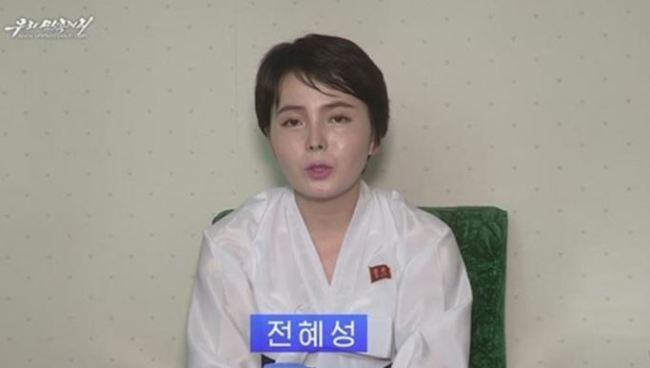 The Seoul Metropolitan Police Agency is looking into the route Lim used to re-enter North Korea by analyzing data including her personal phone and financial transaction records, said police on Wednesday,

Lim appeared in an online propaganda video released by North Korea’s state-run website Uriminzokkiri on Sunday. She said she had “returned on her own will” and was forced to slander the communist regime during her time in the South.

In the clip, she was introduced as Jeon Hye-sung. “Lim Ji-hyun” is believed to be an alias given to her as part of Seoul’s defector protection program.

“I thought I could eat well and make a lot of money in South Korea, but every day was like hell there,” Lim said in the video clip.

She also urged other defectors in South Korea to return to the North.

“Let’s return to our motherland and see our parents’ faces before we die,” she said.

Lim was a TV personality in the South. She starred in reality show programs including “South Korean Men and North Korean Women” and “Moranbong Club.”

The reality TV star defected to South Korea in January 2014 after spending three years in China.

She left for China in April for unknown reasons and stated in the video clip she had crossed the North Korean border in June.

Despite Lim’s claims that she volunteered to return to the North, her friends and acquaintances have raised doubts, saying all her belongings in her residence in Gangnam had remained after her departure.

“If she went back voluntarily, she would have taken care of her assets here, but most of it seems untouched.”

An unnamed source told Joongang Ilbo that Lim had not been classified as a “subject of concern” by Hanawon, meaning she was not experiencing major difficulties in adjusting to life in the South. Hanawon is a state-run agency in charge of offering settlement support to defectors.

Another source close to Lim suggested she might have traveled to China to bring her family members in North Korea to the South. Lim said in Sunday’s broadcast that she is currently living with her parents in Anju, South Pyongan Province.

Police reports also showed that Lim had a Chinese spouse whom she left in China when she defected. She reportedly frequently visited China to see her husband. The pair had no children together.

It is not uncommon for defectors in the South to hire brokers to reunite them with their North Korean family members at the North Korea-China border and return to South Korea with them. It is, however, a risky move, as such areas are under heavy surveillance by North Korean agents.

Lee So-yul, a fellow defector and online broadcaster, defended Lim after her denunciation by the South Korean government Tuesday, saying, “She probably had no choice in order to survive in the North.”

Defector Lee then raised the possibility of torture and threats, saying Lim’s facial expression in the video was that of a person “begging to stay alive.”

The number of North Korean defectors dropped 20.8 percent in the first half of 2017 on-year, data from South Korea’s Ministry of Unification has showed. It is believed that North Korean strong man Kim Jong-un has been toughening border controls and punishments for escape attempts since he rose to power in 2011.