The corresponding index, indicating the price fluctuation of products and services available in the domestic market, is seen as a pre-emptive gauge of possible inflationary pressures.

The reason for the steady decrease was mostly the price of the benchmark Dubai crude oil, which fell to $46.47 in June, down 8.4 percentage points from $50.72 in May, according to the BOK. 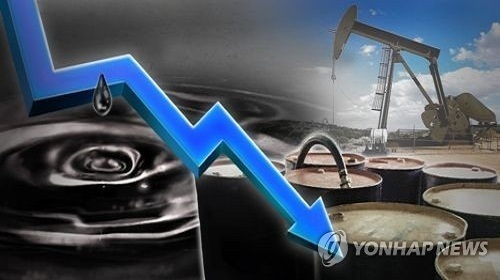 (Yonhap)
Despite the on-month fall, however, the producer price index jumped 2.8 percentage points in June from the same period last year, marking the eighth consecutive month of gains, data showed.

Prices of coal and petroleum products fell 4 percent in June from a month earlier but still marked a 4.6 percentage points rise from a year earlier.

The prices of chicken and eggs -- both directly impacted by bird flu outbreaks -- dipped last month, but still remained considerably higher than at the same time last year.