People brought out some 296 million coins worth 40.8 billion won ($36.3 million) to have them changed into banknotes during the nationwide collection campaign in June, according to the Bank of Korea. 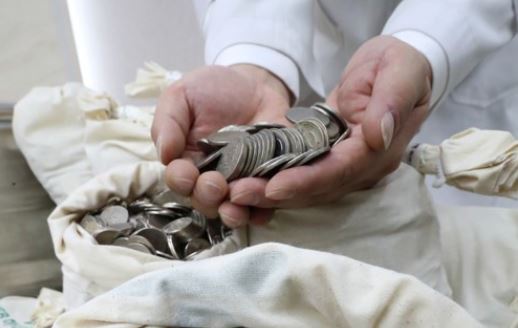 (Yonhap)
The annual campaign is designed to put dormant coins back into use, which could reduce costs for the BOK.

The central bank said the coins reclaimed this year alone would have cost 28.5 billion won to be replaced.

In April, South Korea launched a pilot project for a coinless society in a move to enhance convenience for ordinary people.

Under the project, consumers can deposit small change left from the purchase of goods into their prepaid or mobile cards at convenience stores, discount stores and department stores, according to the central bank.

It means that consumers won't have to carry coins in their pockets after making cash payments.