According to Ilyo Shinmun, four of 10 randomly selected plastic surgery clinics in Gangnam charged foreigners nearly twice as much as locals. 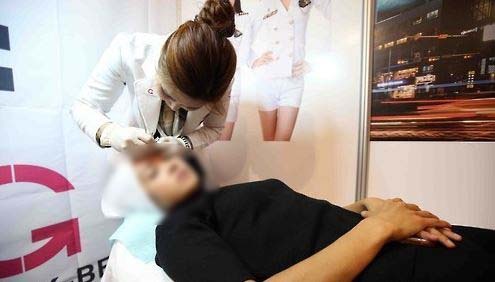 Both of the clinics were popular and had received patients from other countries.

The clinics attributed the price difference to the inclusion of foreigner-exclusive options, such as translation services.

According to clinic officials, foreigners who visit Korea for plastic surgery have more time-sensitive demands since they often have a limited period of stay in Korea. Since periodic postoperative checkups are difficult once they leave Korea, clinics provide them additional services like special scar care following the surgery. Officials added that non-local patients are also given priority in scheduling the surgery date.

However, foreign patients are often not given the freedom to opt out of these additional services. When asked about whether a patient could bring a personal translator from outside and be charged less, one official refused the notion and said the clinic-provided translation service is mandatory.

Lawmaker Jang Jung-sook of the National Assembly’s Education, Culture, Sports and Tourism Committee said, “However popular it has grown, cosmetic surgery tourism has given rise to many problems. Policy measures should be developed to address these problems.”

At the moment, there aren’t any legal sanctions against these discriminatory pricing practices, apart from administrative guidelines from the Health Ministry, which has no legal binding.