The panel also encouraged the state-led protection to guarantee the stability of the cryptocurrency‘s value and soundness of the related business.

Rep. Park Yong-jin, lawmaker of ruling Democratic Party of Korea, presided over the public hearing, about two weeks after he unveiled a plan to propose a set of revisions to build regulatory frameworks for virtual currency, such as bitcoin and ethereum, to call for the state protection.

From 2015 to 2016, bitcoin worth 1.92 trillion won ($1.71 billion) was traded in Korea, while the number of transactions of bitcoin in 2016 rose by 17.1 percent from 2015, showed data from digital currency market tracker Coinass. Korea, however, has been suffering from a legal vacuum regarding the virtual currency.

In the first step to lay a cornerstone for the framework, Park voiced concerns that the trader protection is a tall order without a legal basis. 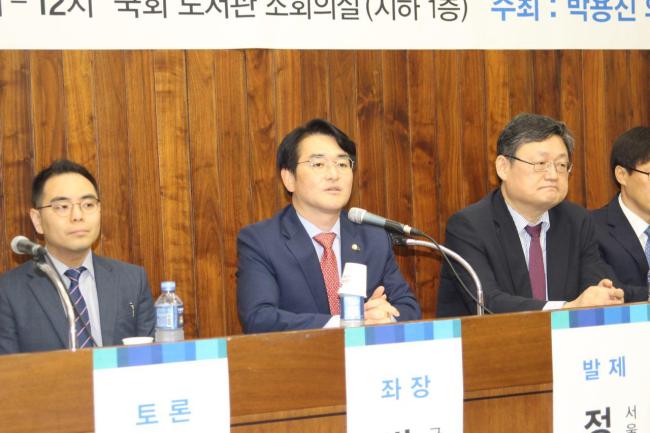 Rep. Park Yong-jin speaks at a public hearing held in the National Assembly on Tuesday. (Rep. Park Yong-jin)
“Without a legal framework, we can neither regulate, nurture, nor support the cryptocurrency-related industries,” Park said in a congratulatory remark. “Also, the legal vacuum prevents those who committed virtual currency-related crimes from being punished.”

Jung Sun-seop, professor of law at Seoul National University and director of Center for Financial Law, argued the law revision should provide digital currency with legal groundwork as a means for payment, in a presentation during the public hearing.

In the following discussion, the seven panelists, including lawyers, professors, an official from the FSC, as well as a victim of a cryptocurrency-related scam, called for swift actions to protect virtual currency traders. They pointed out that traders sometimes fall prey to illegal fundraising involving ponzi schemes or door-to-door sales.

“The activity of trading and brokering digital currency should be regulated prior to the currency itself,” said Lee Dae-ki, a researcher at the Korea Institute of Finance. “Crimes occur in the middle of those activities.”

Chae Won-hee, a representative of a group of victims from bitcoin transaction, said the punishment on digital currency-related criminals should be toughened, in order to protect the consumers, whom he said were mostly the underprivileged, from financial scams.

However, the panelists expressed mixed reactions on whether to view the cryptocurrency as a currency or an asset, leading to a question on whether to impose tax on it. 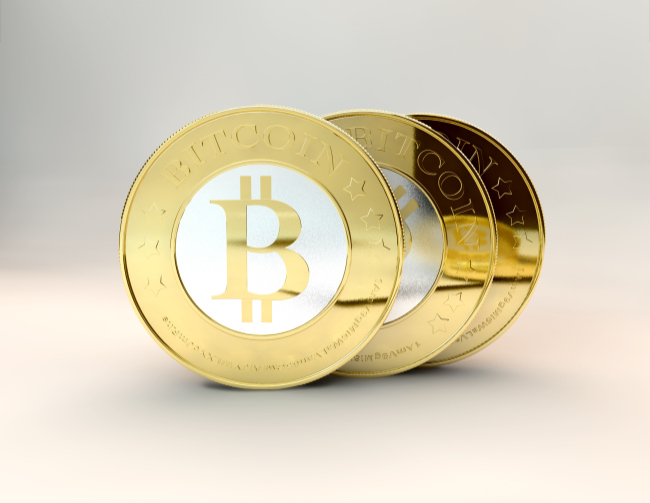 (123rf)
Hong Ki-hoon, business administration professor at Hongik University, said Korea could embrace cryptocurrency as currency in the future, while it is premature to talk about levying tax on the currency.

However, Lee from KIF opposed viewing digital currency as a currency and demanded the government collect tax from its traders, saying people “rarely obtain bitcoins or ethereums to use them for payment.”

Kim Yeon-june, representing the FSC, said the government had yet to decide whether a cryptocurrency should be brought under financial regulations.

The public hearing also indicated the Electronic Financial Transactions Act is the only law to be revised, while revisions on income tax and corporate tax are not options, according to lawmaker Park’s office Tuesday.