Middle-aged South Koreans want to work longer and believe they need about half of their present salaries to enjoy a stable life after retirement, a local business lobby said Wednesday. 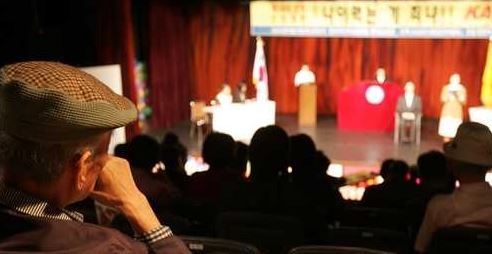 (Yonhap)
In a survey of 1,136 Koreans aged 40 or older, the Federation of Korean Industries' Center for Large and Small Business Cooperation  said respondents said they need an average of

2.79 million won ($2.43 million) per month and hope to work until the age of 69.4, which is over nine years more than the country's retirement age of 60. The total includes earnings and pension.

The annual salary of the respondents averaged 64.9 million won, or 5.4 million won per month, according to the survey.

Six out of 10 respondents replied that they want to get a job after retirement, the FKILSC findings showed. (Yonhap)