[ The Korea Herald – Send E-mail ]
Animal enthusiast gives Jindo dogs a second chance
By Korea Herald
Published : Jul 11, 2017 - 15:03
Updated : Jul 11, 2017 - 15:03
Lisa Crone relished being greeted by a cheery Jindo dog near her Damyang home each morning, until she suddenly stopped hearing its yelps as she approached the rice farm where it lived.

The puppy that usually licked her so effusively had been struck by a car. Named Elsa, she was found barely able to move, paralyzed in her hind legs and with an arched spine. The 5-month-old’s owner had assumed she would die soon.

She was a fighter though -- remaining alive but limp after a week. Crone made it her mission to revive the dog to full health and she has been helping Jindos ever since.

Three months after experimental spinal surgery, Elsa was back to her buoyant self. A Canadian shelter gave her physical therapy, nutritious meals and re-homed her to an adoring family who could cope with health complications the accident left her with. 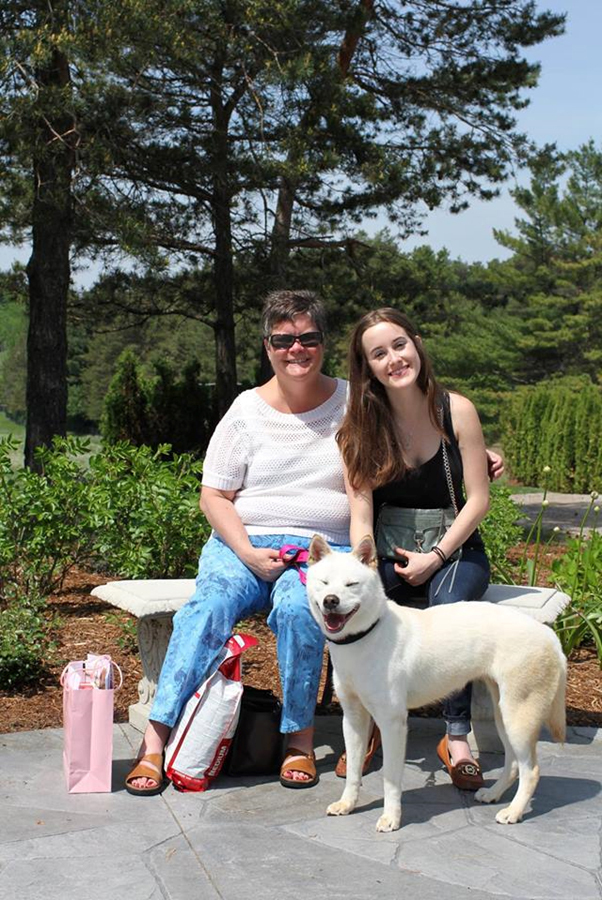 Elsa with her new family in Canada after her successful rehabilitation. (Lisa Crone)

But the ordeal left Crone wondering what happened to dogs who were not so lucky.

Last year, 250 pets were abandoned in Korea each day, the Animal and Plant Quarantine Agency recently revealed. Only 30 percent of shelter animals were re-homed. Nearly 1 in 5 were euthanized, with many of them dogs.

When Crone visited the Gwangju Animal Shelter, she found over 300 ungroomed but affectionate dogs behind bars.

“Most of them were mentally and physically healthy,” she says. “I wondered why they were being abandoned in the first place and not getting adopted.”

The number of pet dogs recently exceeded 1 million in Korea, but most are bought as puppies as there is an underlying belief that dogs are unable to bond with a second owner, animal rights activists say.

Young couples in particular may see puppies as cute accessories that can go out of style like a fashion trend. Others home an animal during a bout of loneliness, only to replace it when their life becomes “fulfilled.”

Jindos are frequently discarded after owners realize they are not guard dogs who can handle being tied up all day.

To raise awareness, she founded Justice for Jindos, a rescue group that involves foreigners walking abandoned dogs during weekends.

The help was welcomed she found, as most rescue organizations in Gwangju and South Jeolla Province were too underfunded to give larger dogs the exercise they craved. Funds are raised to give medical treatment to Jindos -- many have heartworm -- and later get them fostered to families who understand what good pet ownership requires. Over 20 dogs were re-homed by the group in the previous year. 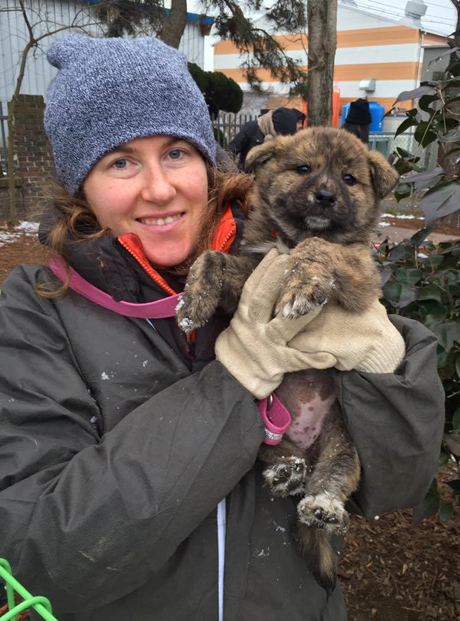 While campaigning in March, President Moon Jae-pledged to construct public playgrounds for pets, install feeding facilities for strays and encourage Koreans to rescue dogs. It was positive news for dog lovers after the term of President Park Geun-Hye, who abandoned her Jindos and their puppies when she was impeached. However, it should be seen as a starting point rather than a solution, pet owners say.

“The government needs to step up and organize effective public service educational messages,” said Crone, who believes a tax should be imposed on those who use pet shops over adoption services. “They also need to regulate puppy mills, promote an ‘adopt don’t shop’ culture, and enforce laws that stop animal neglect and highly abusive trades like the dog meat industry.”

She dreams of running a countryside shelter down the line, but for now finding homes for rescued dogs will have to do.

“It is our responsibility to help and respect dogs,” says Crone, who recently fostered another dog with a condition that makes it impossible to straighten its knees. “I love seeing the people and dogs smile when they are being walked. That is why I do it.”