The price of napa cabbage soared 26.2 percent to 1,416 won ($1.2) per kilogram Tuesday from a month earlier, according to the Korea Agro-Fisheries & Food Trade Corporation. 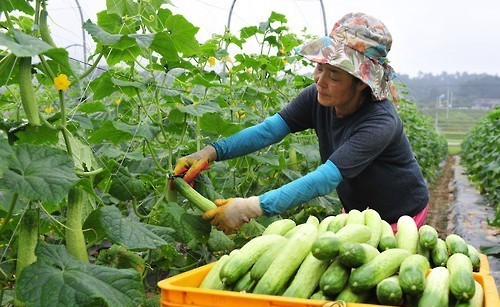 "Greenhouse vegetables are vulnerable to high temperatures, and the current high price trend will likely continue due to reduced output," a market watcher predicted.

Prices of some vegetables, however, have actually dropped.