WASHINGTON -- Top US senators who led the introduction of a resolution welcoming South Korean President Moon Jae-in's first official visit to the United States issued a separate statement Friday reiterating their calls for closer cooperation on North Korea and other issues. 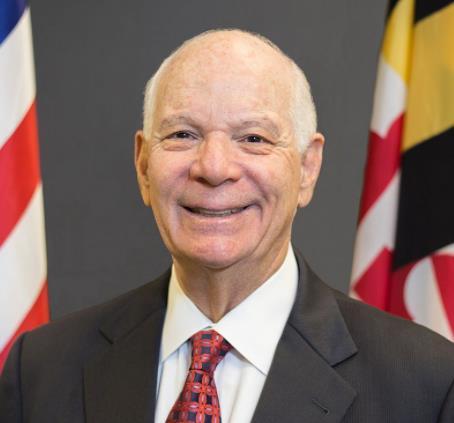 Sen. Ben Gardin (D-MD) (Yonhap)
On Friday, the four senators issued a separate statement. "South Korea is one of the United States' most important allies in the world, with our two countries sharing a number of security, diplomatic, economic and cultural ties," said Cardin, ranking member of the Senate Foreign Relations Committee.

"At a time of increased tensions on the Korean Peninsula it is imperative we reaffirm our friendship, underscore our shared values, and bolster our mutual cooperation. I welcome President Moon to the United States and wish him a productive visit," he said.

McCain said that Moon's visit is an important opportunity to deepen the bilateral relationship. "With threats and hostilities growing across the region, it is critical the United States and South Korea work together to strengthen our defense and security cooperation," he said, adding that he looks forward to meeting Moon during his visit.

Markey said that Moon's visit offers a "critical opportunity" for the two countries to work together to put unprecedented pressure on the North Korean regime to freeze its provocative ballistic missile and nuclear programs and return to denuclearization negotiations.

"By deepening our diplomatic, military, and economic cooperation, the United States and South Korea will strengthen an alliance that remains a cornerstone of peace and security in the Asia-Pacific region," the senator said.

Gardner, chairman of the Foreign Relations Subcommittee on East Asia, stressed that the trip comes at a time of "unprecedented danger to the world from the madman in Pyongyang and its enablers in Beijing and Moscow."

"This resolution sends a clear signal that our alliance remains unbreakable and the United States and the ROK are committed to pursue lasting peace and security on the Korean Peninsula," he said.