Net lending, which refers to total revenue minus total expenditures, came to 43.9 trillion won ($38.4 billion) in 2016, compared with 32.9 trillion won from a year earlier, according to preliminary data from the Bank of Korea.

It was the highest annual net lending since the central bank began compiling statistics on the public sector account. 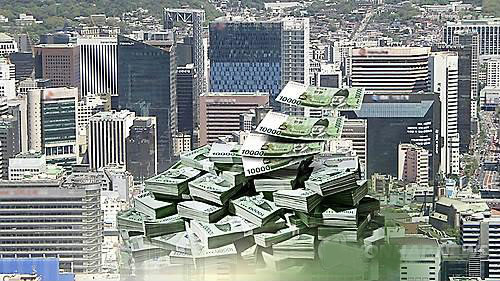 (Yonhap)
Kim Seong-ja, an official at the central bank, attributed the rise in public sector net lending to a growth in tax revenues and spending cuts on lower oil prices.

The central government posted a deficit of 14 trillion won last year, down from 29.5 trillion won in the red in 2015.

The deficit of central and provincial governments in South Korea accounted for 0.5 percent of the nominal gross domestic product in 2016, compared with an average 3 percent among member countries of the Organization for Economic Cooperation and Development, according to the central bank data.

"Even though nonfinancial public corporations reduced their investments and intermediate consumption due to the drop in oil prices, general government sector spending increased significantly due to social insurance expenses," the central bank said in a statement. (Yonhap)