An on-screen fingerprint sensor is a biometric method that enables a smartphone user to conveniently unlock a phone by placing his or her finger on a part of the phone’s display where the sensor is embedded.

As for the Galaxy S8, Samsung has put a fingerprint sensor on the back of the phone, drawing complaints from consumers who mistakenly touch the phone’s camera when trying to place their fingers on the sensor. Despite being aware of the inconvenience, the Korean tech giant will not be able to feature an on-screen fingerprint scanner in the upcoming Galaxy Note 8 due to technical difficulties. 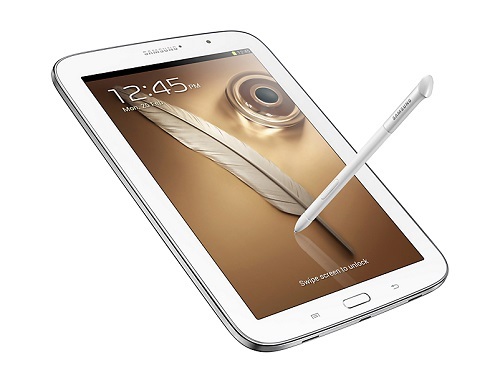 (Samsung Electronics)
“Samsung is having a hard time making an integrated circuit -- a chip which should be placed under a display because of its opaque color -- to read the fingerprint image on the surface of the display,” an industry source told The Korea Herald.

There are also technical challenges, such as low production yield and securing the transparency of the sensor, the source said.

“(Samsung) tried all efforts to apply an on-screen display fingerprint sensor in the Note 8, but we decided not to feature it because of various technical difficulties, including security issues,” a local media outlet reported last week, quoting a Samsung Electronics official.

Apple, however, is also reportedly having difficulties featuring an on-screen fingerprint sensor in its upcoming iPhone 8. Jun Zhang, an analyst from Rosenblatt Securities, issued a note to investors late last month, saying that the fingerprint sensor of the iPhone 8 had many problems and that the smartphone’s launch date may be delayed from the usual September.

Chinese rivals that recently joined the biometrics race could be the first to put fingerprint sensors into phone screens. On Friday, Vivo unveiled a video clip on Chinese social networking site Weibo showing a user unlocking a phone by touching its screen. Huawei is also rumored to feature biometrics technology in its upcoming flagship smartphone P11.