Finance Minister Kim Dong-yeon held talks on Thursday with Jin Liqun, president of a Chinese-led regional lender, during which the two sides agreed to step up cooperation, officials said.

The talks between Kim and Jin were held a day before the annual meeting of the Asian Infrastructure Investment Bank (AIIB) in South Korea's southern island of Jeju. 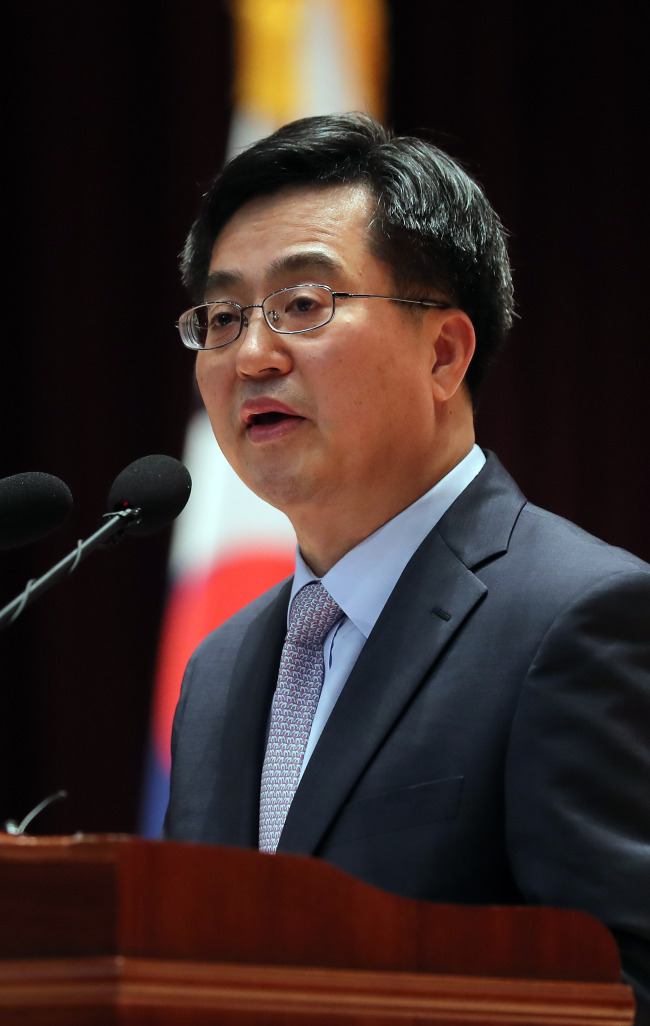 (Yonhap)
During the meeting, Kim told Jin that South Korea wants to develop "strategic cooperation" with the AIIB, Kim's ministry said in a statement.

The AIIB is expected to approve a US$1 billion project to build a hydropower plant in Nenskra, Georgia, during the second half of this year, according to the statement.

The project will be led by South Korea's state-run Korea Water Resources Corp.

Meanwhile, Kim also agreed to provide $8 million to a special fund set up by the AIIB to help the lender prepare for infrastructure projects in developing nations, according to the statement. (Yonhap)