The accumulated FDI by South Korean businesses in one of the fastest-growing economy in Asia reached $50.6 billion, spanning 5,773 projects from 1988 to 2016. 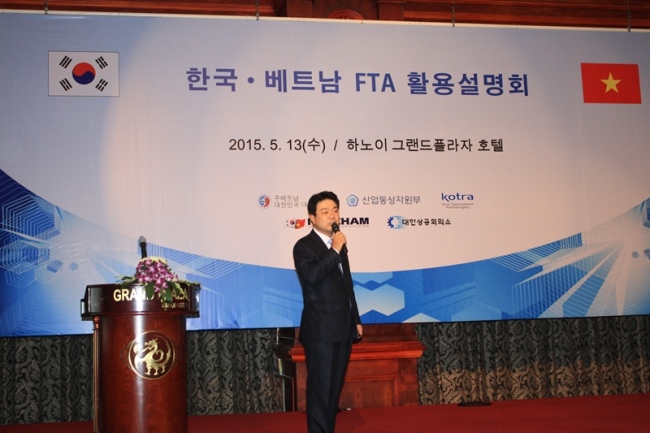 (The Korea Trade-Investment Promotion Agency)
Japan and Singapore followed, with investments worth $2.5 billion and $2.1 billion in 2016, accounting for 11.2 percent and 9.5 percent of the total FDI in Vietnam, respectively.

Korea’s annual FDI in Vietnam overtook that of Japan in 2014 and has since topped the list of countries. For the three years from 2014, Korea’s combined volume of FDI in Vietnam came to some $21 billion, accounting for 41.4 percent of the accumulated FDI over 28 years.

Separate data from the SCIC indicated that Korea saw manufacturers and process manufacturers as favorite investments in Vietnam. Since 1988, 58.8 percent of Korean FDI in Vietnam has gone to manufacturers. In 2016, its FDI in manufacturing accounted for 69.4 percent.

If combined from 1988, the biggest portion of FDI from South Korea went to Bac Ninh province, adjacent to the capital city Hanoi, taking up 12.5 percent, according to data from Vietnam’s Ministry of Planning and Investment.

Vietnam is increasingly reliant on foreign investment to boost its economy. The annual FDI inflow into Vietnam rose 43.4 percent over the five years leading to 2016.