South Korea’s household debt-to-GDP ratio came to 92.8 percent as of the fourth quarter of 2016, up 4.7 percentage points compared to the previous year, according to data from the Basel-based financial institution.

The nation, considered one of the Four Asian Tigers, had the highest household debt-to-GDP ratio among the 21 emerging markets surveyed for 14 consecutive years, followed by Malaysia at 70.3 percent and Thailand at 70.2 percent. It ranked eighth among all 43 countries, with Switzerland topping the list at 128.4 percent.

The aggregated ratio of G-20 nations stood at 58.6 percent, while that of all 43 economies came to 59.5 percent. The emerging markets’ ratio reached 33 percent. 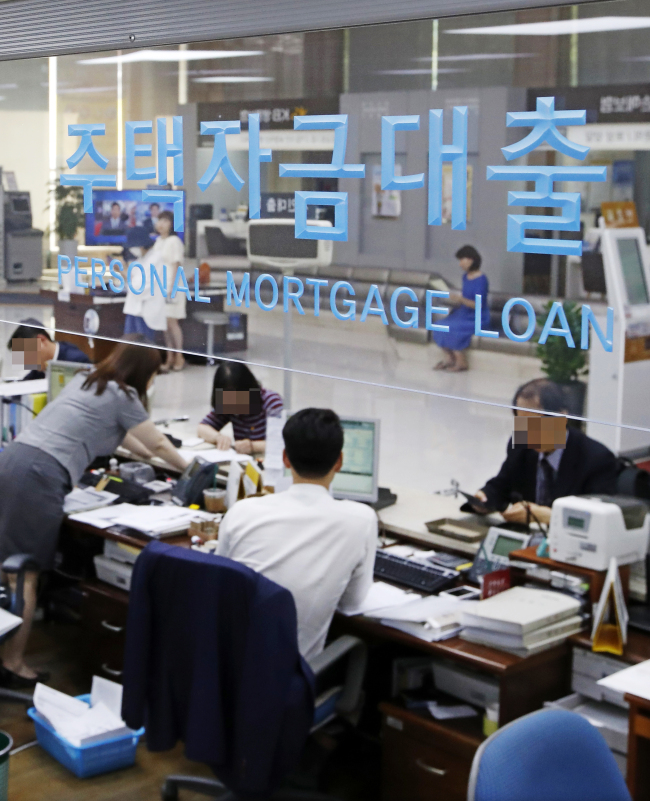 (Yonnap)
The rate of increase in household debt turning sharper over the past couple of years has relentlessly posed a drag on South Korea’s economy.

South Korea’s household debt reached 1,344.3 trillion won ($1.19 trillion) as of the end of 2016, according to the central Bank of Korea. The nation’s nominal GDP was estimated to be $1.41 trillion, according to the International Monetary Fund.

The burgeoning prospects of a 0.25 percent June rate hike by the US Federal Reserve this week, coupled with soaring prices of commodity foods such as eggs, poultry and instant noodles, are intensifying further pressure on household borrowers in South Korea.

Land Minister nominee Kim Hyun-mee has picked the deregulation on loan-to-value ratio and debt-to-income ratio, indicators to determine the maximum amount of mortgages, as the “culprits behind rising household debt.”

The former Park Geun-hye administration had eased up on the LTV and DTI ratios by 10-20 percent, in a bid to take on the sluggish domestic economy. The move, however, ended up in more mortgage borrowing and speculations, leading to sharper increase in household loan.

Starting 2015, the household loan began to soar about 10 percent on-year, compared to the previous three years at around 6 percent.

The Moon Jae-in administration earlier in June called for a concerted effort from the state bodies to curb the rise in debt. The deregulation remains valid until July 2017.

The government has reportedly mulled adopting the debt service ratio, which is expected to tighten room for maximum mortgage loans, as well as imposing a ban on transferring reselling rights for five years after contracts take effect and tightening the LTV and DTI ratios in overheated districts, such as Gangnam-gu and the adjacent Seocho-gu.