South Korea's rapidly aging society is expected to fuel growth in the country's agricultural and fisheries sector, and health care services, a local think tank said Sunday, calling on the country to better prepare for changes down the road.

According to the report by the Korea Institute for Industrial Economics and Trade, the number of local households whose head is aged over 60 will jump from 28.7 percent as of last year to 40.7 percent in 2026 and reach 57.8 percent in 2045. 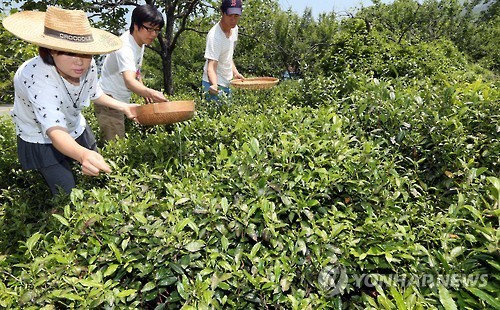 The state-run institute said that while households comprised of seniors will rise, those made up of younger people under 39 will continue to shrink in the foreseeable future.

"Younger household numbers have been on the decline since the early 2000s," it pointed out.

KIET said that the change is important because past surveys showed different spending patterns that can have direct bearing on local businesses and industries.

An analysis of consumption showed seniors generally spent money on food and health care, which can trigger demand for the farming and fishery businesses, as well as medical and health-related industries.

It added that grasping such trends can allow the country to better prepare for and even take advantage of the changes that could be brought on by the so-called fourth industrial revolution, which will facilitate sweeping changes in manufacturing and various service areas.

"For the country to take advantage of the aging population, there is a need for the farming and fishery sectors to become more value added and innovative, while health care must strive to train more qualified workers that can meet rising demand," the KIET findings said.

On the negative side, as the country becomes older with fewer young people, education-related services will take a hit going forward, it predicted.

Despite numerous efforts by the government over the years, the country suffers from a chronically low birthrate that will reduce the overall population. Asia's fourth-largest economy has one of the lowest birthrates of any member state in the Organization for Economic Cooperation and Development.

The institute said in the future, education-related services should start focusing on lifelong learning and vocational training for adults if they wish to stay relevant and expand. (Yonhap)