The combined net profit of 162 investment advisory firms in South Korea plunged 85 percent on year in the 2016 fiscal year, hit by a sharp decline in commission fees and new contracts, data showed Friday.

Competition was intensifying among investment advisory firms while new contracts declined during the April 2016-March 2017 period, forcing them to cut commission fees, the Financial Supervisory Service said in a statement. 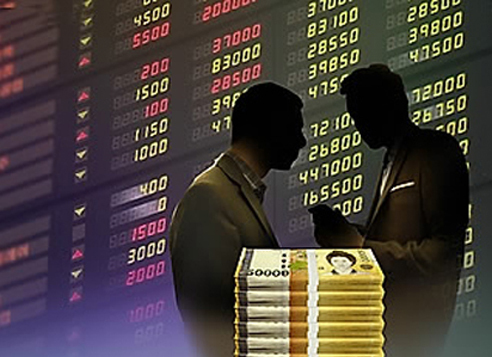 (Yonhap)
The investment advisory firms reported a combined net profit of 96 billion won ($85.5 million) during the fiscal year, compared with a profit of 112.9 billion won a year earlier.

Their average return on equity, a measure of profitability, stood at 3 percent, down 14.1 percentage points from a year ago, according to the data.

At the end of March this year, their combined contract volume fell 35.5 percent on year to 15.8 trillion won, the data showed. (Yonhap)