[ The Korea Herald – Send E-mail ]
US report predicts continued uncertainties in Korea
By Korea Herald
Published : Jun 1, 2017 - 15:52
Updated : Jun 1, 2017 - 18:03
As political and economic woes continue to unfold regarding the deployment of an anti-missile system here and US President Donald Trump’s pending renegotiation of the Korea-US free trade agreement, the US Congressional Research Service predicted continued uncertainty for the future economic and political bilateral alliance.

“Between 2009 and the end of 2016, relations between the two countries arguably reached their most robust state in decades. Political changes in both countries in 2017, however, have generated uncertainty about the state of the relationship,” said a CRS report on Korea-US relations published last week. 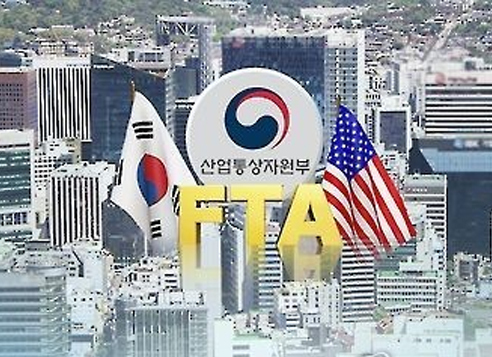 (Yonhap)
“Views on KORUS FTA’s economic outcomes are mixed,” the report said. “Most US business groups highlight market access improvements and a more robust mechanism for dispute resolution, but others have raised concerns over specific implementation issues such as origin verifications.”

The Trump Administration has criticized the KORUS FTA, highlighting that the US has run a deficit in the trade of goods with Korea since the agreement went into effect in 2012. Trump has also stated his intent to review and renegotiate KORUS, but has not yet specified what he intends to amend, adding to the air of uncertainty regarding the future relations at the two trading partners.

The CRS report also added that in the case of national security and defense, experts are predicting the US is likely to ask Korea to raise its cost-sharing fee in Special Measures Agreement renewal negotiations

“...Many analysts think that the US trade deficit with South Korea and cost-sharing for defense will play a large role in the bilateral agenda, with the Trump Administration demanding more from South Korea,” said the report.

“Such pressure could come during negotiations over renewing the cost-sharing Special Measures Agreement that are due to begin in 2017,” the report said, noting that during the presidential campaign, Trump had also criticized the “unbalanced nature” of Korea’s security alliance with the US.