South Korean stocks ended slightly lower Tuesday as foreign investors and institutions offloaded large-cap stocks in an apparent move to lock in profits. The Korean won fell against the US dollar. 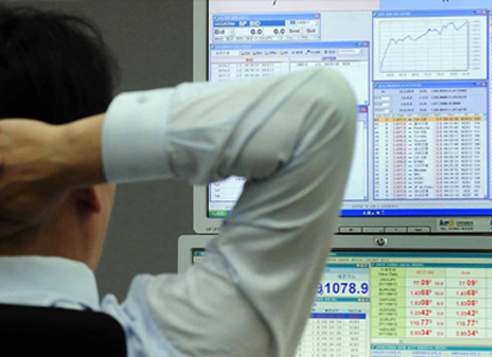 This, he said caused the main bourse to lose ground.

Foreign investors sold over 45 billion won ($40 million) worth of stocks in the trading session.

The local currency closed at 1,125.10 won against the US dollar, down 3.40 won from the previous session's close.