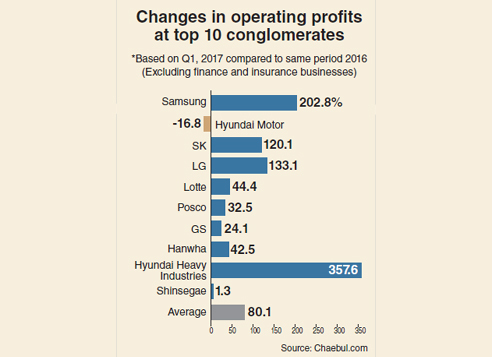 The operating income of South Korea’s top 10 conglomerates surged by more than 80 percent on-year in the first quarter of this year, according to Chaebul.com, Wednesday.

The country’s largest automaker Hyundai Motor Group was the only one that suffered a setback, with the operating profit dropping 16.8 percent.

The data also showed that the top 10 groups’ interest payments totaled 899.5 billion won during the same period, down 7.4 percent on-year.