The ratio of South Korea's short-term foreign debt to its foreign reserves hit the highest level in more than a year in the first quarter on increased foreign investment in local bonds, data showed Wednesday.

The country's short-term external debt -- with a maturity of one year or less -- totaled $115.4 billion as of the end of March, up $10.2 billion from three months earlier, according to the data by the Bank of Korea. 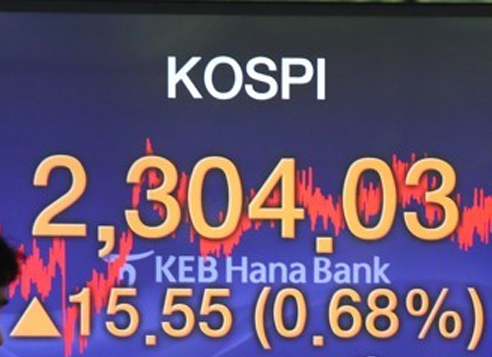 (Yonhap)
The end-March figure accounted for 28.4 percent of the country's total external debt, up 0.8 percentage point from the previous quarter, the data showed.

The nation's total external liability reached $405.7 billion at the end of March, up $24.7 billion over the cited period.

The ratio of short-term foreign debt to its foreign reserves stood at 30.7 percent at the end of March, marking the highest since the third quarter of 2015, when the comparable figure was 31.3 percent.

South Korea's short-term foreign debt, which refers to external debt with a maturity of less than one year, was an area of concern during past financial turmoil as a sharp rise in foreign debt left lenders vulnerable to external shocks.

The ratio had sharply surged during the global financial crisis, hitting 79.3 percent in the third quarter of 2008.

Foreign investors' investment in the country, including stocks and bonds, rose $106.8 billion to $1.068 trillion over the cited period, according to the data. (Yonhap)