Household debt topped the list of key systemic risks cited by market watchers at 85 percent, compared to 70 percent in October, according to the semi-annual survey conducted by the Bank of Korea. 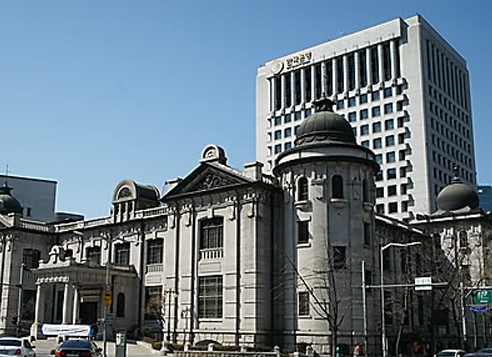 (Yonhap)
South Korea's household debt reached a record high of 1,359.7 trillion won ($1,214 billion) at the end of the first quarter, according to data compiled by the BOK. The central bank said the growth needs to be "closely managed in the future."

The hike in household debt comes as people continue to borrow more money for investment and home purchases on expectations that housing prices will rise further.

The BOK said the household debt issue is followed by geopolitical risks and a looming US rate hike at 71 percent and 63 percent, respectively.

Tensions heightened on the Korean Peninsula in recent weeks over North Korea's missile and nuclear programs. On Sunday, North test-fired a ballistic missile, the latest in a series of provocations, drawing fresh condemnation from the UN Security Council.

North Korea -- which is under the toughest UN sanctions ever over its previous nuclear tests and its long-range rocket launches -- is seeking to develop an intercontinental ballistic missile that can carry a nuclear warhead and reach as far as the US mainland.

The central bank polled 62 officials at local financial firms and 10 overseas asset managers in charge of South Korean investments between April 20 and May 10. The survey has been conducted twice a year since 2012.

The latest results come just a day before the BOK holds a meeting to decide whether to raise its interest rate, with experts forecasting a freeze.

A survey of 200 bond market experts showed that all of the respondents forecast the BOK will freeze the key rate at its monthly rate-setting meeting slated for Thursday. The survey was taken by the Korea Financial Investment Association from May 10-15.

The BOK left its policy rate unchanged at an all-time low of 1.25 percent for the 10th consecutive month in April to bolster the economy struggling with anemic consumer spending.

According to the findings, the analysts believe that the need for a rate cut has eased due to the high possibility of another US rate increase and growing hopes that South Korea's new government may expand fiscal spending to help revive Asia's fourth-largest economy. (Yonhap)