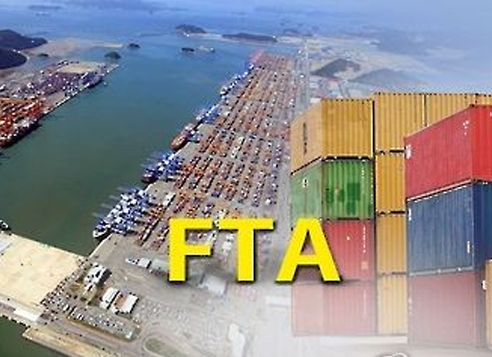 (Yonhap)
Countries with which negotiations or feasibility studies are in progress were excluded.

South Korea has concluded FTAs with 58 nations, of which 15 deals with 52 countries are in effect. Among the FTA partners, the United States and China together account for some 40 percent of South Korea's exports, making the country highly susceptible to any trade retaliations or barriers from them.

Calls for exports diversification grew stronger after South Korea's tourism, entertainment and retail industries were hit hard by China's economic pushbacks in protest against Seoul's decision to host a US anti-missile system.

KITA said FTAs would be more advantageous if concluded with countries with large market size and growth potential. South Korea should also look at availability of resources through trade deals, and whether its key exports are competitive in the partner's market.

"Central Asian and African countries have yet to strike FTAs with our rival countries like the US, China and Japan," KITA said. "We should take the initiative (in these countries.)" (Yonhap)