In the January-March period, overseas card spending amounted to $4.02 billion, up 21.9 percent from $3.3 billion a year earlier, according to the Bank of Korea BOK. From a month earlier, the Q1 tally marked a 7.4-percent increase. 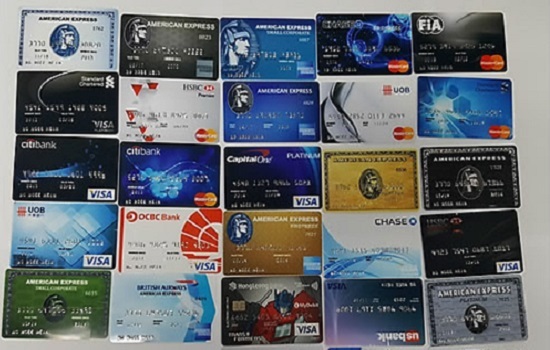 An image or credit cards (Yonhap)
Overseas card spending includes purchases made with debit and direct payment cards, in addition to credit cards.

The hike was driven by a rise in the number of South Koreans going overseas. Government data showed that 6.51 million South Koreans traveled to foreign countries in the first quarter, compared to 5.56 million a year earlier.

The average amount spent with each card in foreign countries came to $304 in the first quarter, up from $295 a year earlier, the BOK said.

Meanwhile, card spending by foreign visitors in South Korea came to $2.45 billion in the first quarter, down 2.7 percent from a year earlier, according to the central bank. (Yonhap)