Almost half of South Koreans living alone are skipping breakfast, with a growing tendency of the younger generation to consume more instant meals and less vegetables and fruit, a survey showed Tuesday.

Only 53.5 percent of the respondents who live on their own said they have breakfast every day, far lower than the 65.3 percent of people who were asked the same question in the latest survey conducted by Gallup Korea and Amway Korea. The latest poll checked 1,011 people aged between 20-59. 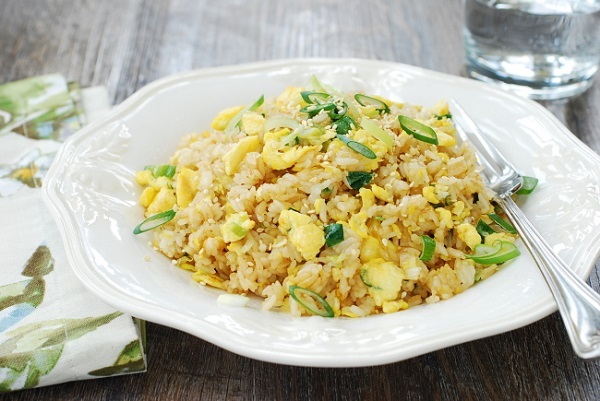 Egg fried rice (Korean Bapsang)
The survey showed most of the respondents said they had lunch and dinner daily.

The findings showed higher consumption of instant meals among people in their 20s and 30s with 9.4 percent and 3.4 percent of people in these age groups regularly eating easy-to-make food. This is in contrast to 0.6 percent of those in their 50s who ate instant food on a regular basis.

About 12 percent of the solo households said they rely on instant foods such as frozen dishes for daily meals, reflecting a trend toward an unbalanced diet, since many of the home meal replacements (HMR) contain higher sodium and lower vitamins and minerals.

Reflecting this, the poll showed 44.3 percent of respondents saying they consumed vegetables and fruit 4.5 times on average during a week.

Men tended to eat fewer vegetables or fruit with numbers standing at 36.5 percent, while 52.4 percent of the female participants said they regularly consumed them.