[ The Korea Herald – Send E-mail ]
KITA to send special economic mission to US in June
By Son Ji-hyoung
Published : May 15, 2017 - 18:09
Updated : May 16, 2017 - 13:09
The Korea International Trade Association announced Monday that it plans to send a special economic mission to the United States in June, the first such visit to be made since US President Donald Trump took office in January.

The 10-strong envoy group, which KITA Chairman Kim In-ho represents, will visit Washington DC and New York City during the five-day trip that kicks off on June 6. 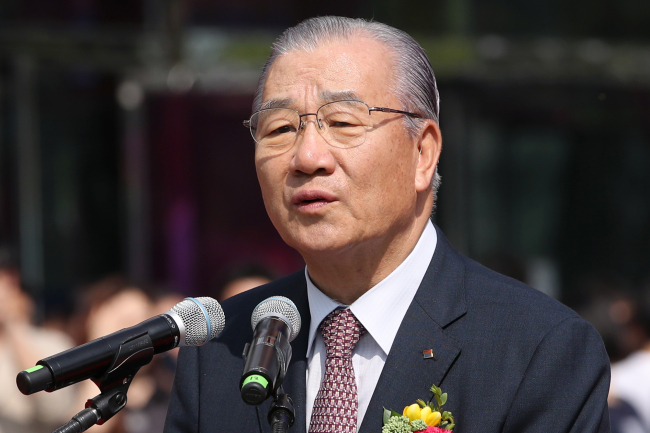 KITA Chairman Kim In-ho (Yonhap)
The group is expected to attend seminars on the Korea-US trade relationship, talks with offshore branches of Korean companies to the US and events involving congressmen.

The non-profit organization‘s move is designed to resurrect ties among traders in private sectors by stressing the need for economic ties, mainly against the trade protectionism policies by the Trump administration, KITA explained.

The KITA pushed forward the annual event, which usually takes place in autumn, due to the pressures of heightening import tariffs on trade partners, including South Korea. The last mission was sent to the US in September.