[ The Korea Herald – Send E-mail ]
[Election 2017] Candidates give out child-, senior-friendly pledges
By Bak Se-hwan
Published : May 7, 2017 - 16:31
Updated : May 7, 2017 - 16:31
May is “family month” in South Korea, with the Children’s Day and Parents’ Day holidays falling on May 5 and May 8. Taking a cue from the special occasions, major presidential candidates have set out child-, senior- and family-friendly pledges.

Front-runner Moon Jae-in of the liberal Democratic Party of Korea has vowed to make children happier, emphasizing the importance of play in a country where private education starts years before entering the school system. 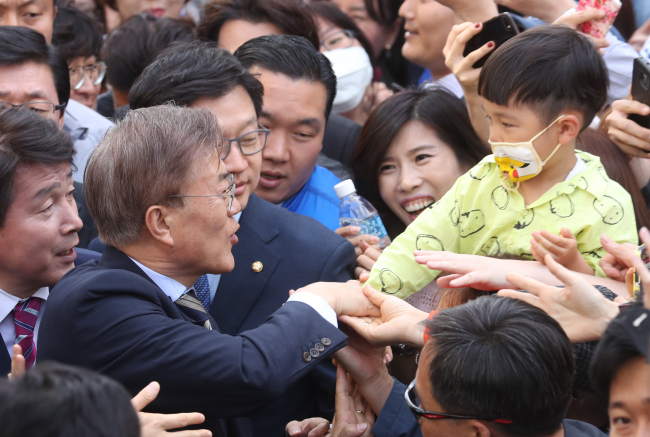 Moon Jae-in (Yonhap)
“(Enhancing) children’s welfare is the first step towards building the welfare of the nation,” the liberal candidate wrote via Facebook. “Children should be able to play freely and safely and grow up happily under the next administration.”

Notable among his child-friendly pledges is the once-a-month “no-class days” at elementary and middle schools.

On this day, schools are envisioned to hold cultural, arts and outdoor activity programs instead of regular classes.

Separately, underprivileged students are to be provided with vouchers for theaters and arts activities.

Last month, Moon, who has two adult children, pledged to expand the number of state-run day care centers and kindergartens to account for 40 percent of total children enrolled in such facilities.

As for senior-friendly policies, Moon promised to make Parents’ Day a national holiday so that children have time to visit their parents.

He also promised to cover 90 percent of medical costs of dementia treatment with the state-run health insurance and reduce the financial burden of dental implants by half. 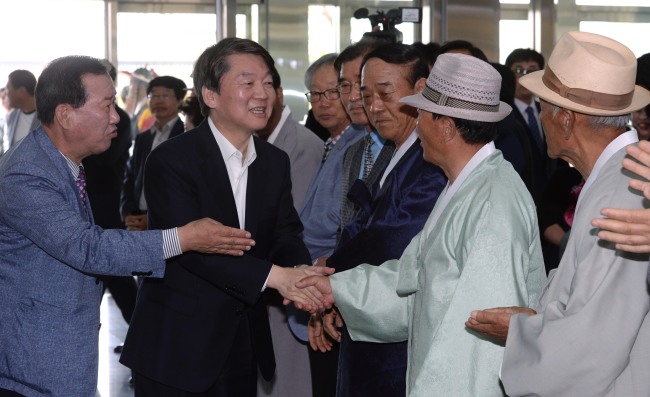 While, like Moon, promising to expand the public daycare centers, the centrist candidate also envisions monthly cash support of 100,000 won per child for families belonging to the bottom 80 percent income bracket until the child reaches age 11.

Earlier in the race, the candidate had put forward a radical education reform plan that envisioned the nation’s mandatory education starting at age 6, one year earlier than currently.

Hong Joon-pyo of the conservative Liberty Korea Party has promised a twofold increase in monthly cash benefits for those on parental leave. Currently, parents on child care leave receive 40 percent of their salary with an upper limit set at 1 million won. Hong’s idea is to raise the limits to 80 percent and 2 million won.

The candidate also promises a one-time childbirth bonus of 10 million won for families for the second child and doubling the current monthly child care allowances for families with three children.