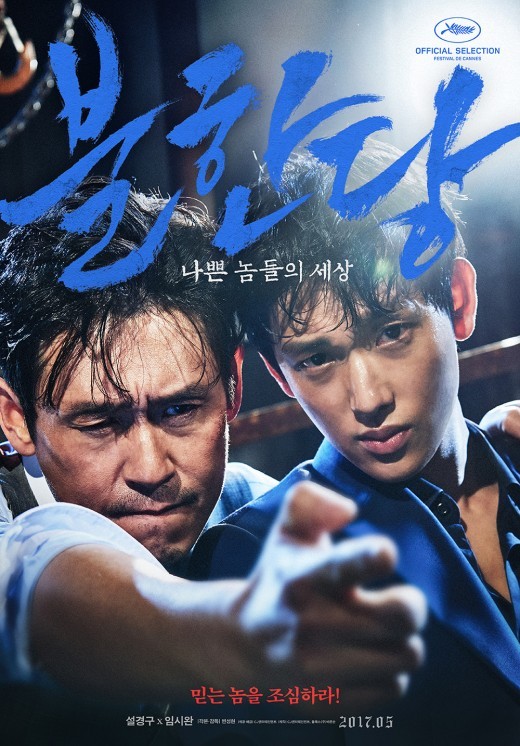 (CJ Entertainment)
The film starring Seol Kyung-gu and Im Si-wan is to be shown in the Midnight Screening, an out-of-competition slot in the 70th Cannes Film Festival set to open on May 17.

According to the CJ Entertainment, the movie's distribution right was sold to companies in 85 countries, including France, the Netherlands, Belgium, Japan, Australia, India, Taiwan, the Philippines and Singapore, at the 2017 Hong Kong Film Mart solely based on its trailer and 4-minute promotional video.

The film is set to release in France and Taiwan in June.

"We're receiving many inquiries from overseas buyers. We expect additional sales in the Cannes Film Market as the international attention for the movie has increased greatly since it received an invitation from Cannes," said Choi Yoon-hee who leads the overseas distribution team of CJ E&M's film business unit.

Directed by Byun Sung-hyun, "The Merciless" portrays friendship and betrayal between Jae-ho (Seol Kyung-gu) plotting to become the leader of an organized crime ring after being released from prison and the organization's fearless and ebullient newcomer Hyeon-su (Im Si-wan). The two meet behind bars and work together after their release.

The movie is set to open in South Korean theaters on May 18. (Yonhap)