The combined net profit of South Korean banks for the first quarter of this year surged to a six-year high, thanks to a rise in interest income and a decline in loan-loss provisions, government data showed Tuesday.

Banks in South Korea posted a combined net profit of 4.3 trillion won ($3.7 billion) for the January-March quarter, up 49 percent on-year, according to the data by the Financial Supervisory Service. 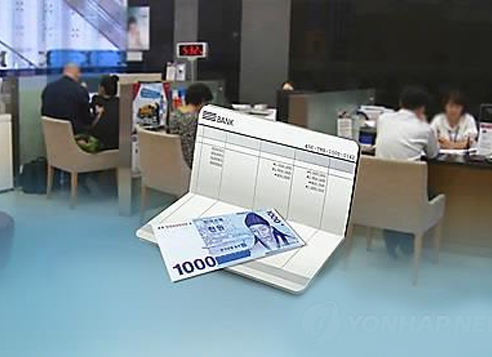 (Yonhap)
It marked the biggest profit since the first quarter of 2011, when profit stood at 4.5 trillion won, the data showed.

The sharp gain in profit came as state-run banks cut their loan-loss provisions by 1 trillion won during the quarter.

Interest income at banks rose 4.3 percent on-year to 8.8 trillion won for the quarter.

Their net interest margin improved 0.03 percentage point to 1.58 percent for the quarter, the data showed.