[ The Korea Herald – Send E-mail ]
Samsung denies re-entry to auto market despite autonomous car push
By Korea Herald
Published : May 1, 2017 - 14:44
Updated : May 1, 2017 - 18:15
Samsung Electronics on Monday denied local reports that it aims to re-enter the car making industry, following government approval of a test run for a self-driving car.

The Ministry of Transport and Land said it has approved a pilot run of Samsung Electronics’ autonomous car currently under development. The approval signals Samsung’s push into the self-driving car market, local reports said, quoting industry insiders. But the South Korean tech giant reiterated its earlier position that the test run is only for software development, not car making. 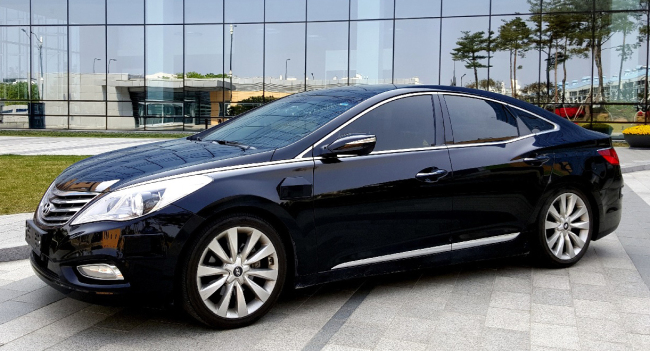 (Yonhap)
“The test run approval does not mean that Samsung is making a self-driving car. The pilot run is being carried out for software and solution development for an autonomous car, nothing more,” a Samsung Electronics official said.

Samsung is the 19th company and the first tech company to obtain the government’s approval for a test run of a self-driving car, the ministry said.

Hyundai Motor, the nation’s largest carmaker, was the first to earn the ministry’s approval for an autonomous car test drive.

For the test run, Samsung is set to use Hyundai’s Grandeur sedan equipped with laser scanning devices and radar, all by other companies. Samsung’s use of the Hyundai vehicle has no significant meaning. The car is just being tested because it is widely used here, according to the company.

“The test has nothing to do with devices development, but (is being carried out) to test software and algorithm under development by Samsung,” the official said.

Samsung is currently developing a self-driving algorithm reliable even in bad weather. The company also plans to develop smart auto parts such as computer modules and sensors operated by artificial intelligence and deep learning, the ministry said.

The South Korean conglomerate sold its bankrupt automobile unit Samsung Motors to Renault 17 years ago. Since then, Samsung has said it would never re-enter the automobile market, but it has put together an auto component division as part of its future growth strategy. Samsung acquired Harman, a US automotive company, for 10 trillion won ($8.79 billion) and is also reportedly in talks with Fiat Chrysler Automobiles to purchase its auto parts affiliate Magneti Marelli.

Meanwhile, the ministry said it has eased regulations on self-driving car tests in order to boost industry growth. Currently, the ministry allows test runs of such cars with only one passenger driving, from the previous requirement of having at least two passengers. If approved, companies can also test self-driving cars that do not have steering wheels or pedals.