In an interview with Reuters, Trump said he will either renegotiate or terminate the five-year-old trade agreement with South Korea, calling it "horrible" and "unacceptable." 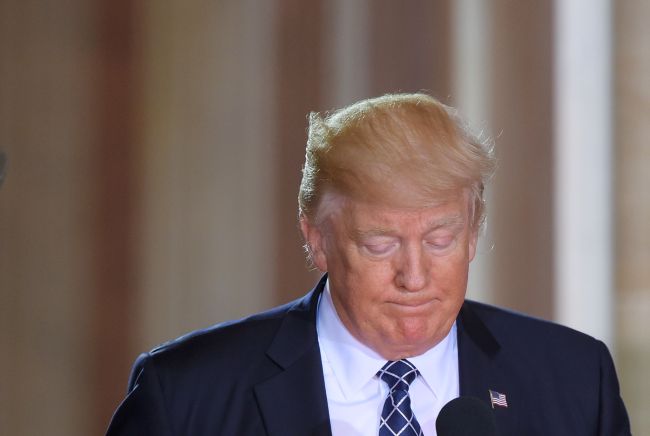 (Yonhap)
He said his administration aims to renegotiate the trade pact with South Korea after it completes a revamp of the North America Free Trade Agreement with Canada and Mexico.

Hyundai ended down 2.04 percent and Kia closed 0.43 percent lower, underperforming the broader Kospi's 0.18 percent loss. The won fell 7.80 won against the US dollar.

In response to the US president's hawkish remarks, the Federation of Korean Industries, the lobbying group of large businesses, said the bilateral free trade pact should remain intact as a "major axis" in relations between the allies "for win-win synergies."

If the deal is renegotiated at US request, every effort should be made to minimize the impact on the local industries, the FKI said in a statement.

As the US Trade Representative, controlled by the White House, pointed out in March that the trade deal is reciprocal for both countries, the bilateral trade volume of products and services increased to $146.8 billion in 2015 from $126.5 billion in 2011, a year before the pact took effect in March 2012, the business group said.

US services exports to South Korea jumped 23 percent to $20.5 billion during the same period, it said.