For this month, the Bank of Korea kept its key rate at an all-time low of 1.25 percent for the 10th consecutive month after dropping the rate to its lowest level to bolster the lackluster South Korean economy.

The BOK will "maintain its stance of monetary policy accommodation as the inflationary pressures on the demand side are not expected to be high given the moderate pace of domestic economic growth," the BOK said in a report submitted to the National Assembly. 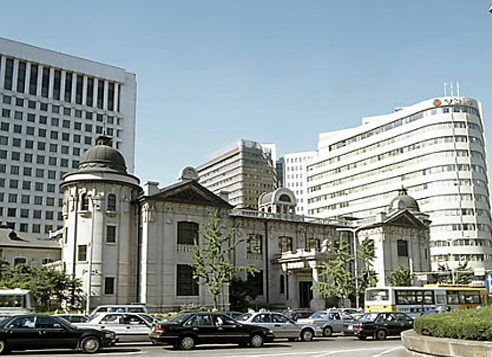 (Yonhap)
The central bank also said it will closely monitor market conditions involving trade with major countries, geopolitical risks surrounding the Korean Peninsula, the progress of monetary policy normalization by the US Federal Reserve and the movements of capital flows.

In March, the Fed raised its key rate by a quarter of a percentage point to a target range of 0.75 to 1 percent. It also signaled that additional hikes would be made in a gradual manner later this year.

BOK Governor Lee Ju-yeol has said that the US rate hikes this year do not necessarily mean the BOK will immediately raise its interest rates.

The BOK said the Fed's monetary policy normalization could put pressure on capital outflows, though it said there is a slim chance of any massive capital outflow considering economic conditions at home and abroad.

The BOK said three massive capital outflows South Korea suffered since 1990 were rather affected by volatility in the global financial markets than interest rate gaps between South Korea and other markets. (Yonhap)