The business survey index of manufacturing firms came to 84 for May, up from 82 for April, according to the Bank of Korea.

A reading over 100 means optimists outnumber pessimists, while a reading below the benchmark means the opposite. 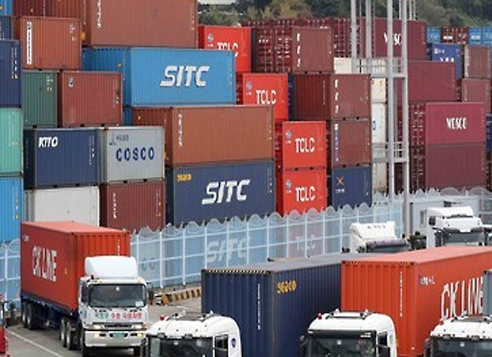 (Yonhap)
An index measuring local firms' sentiments toward exports came to 93 for next month, up from 92 for April. A separate index for domestic sales stood at 92 for May, up from 88 for April.

The index gauging local firms' views toward profitability stood at 89 in May, unchanged from April, according to the BOK.

The BSI of nonmanufacturing firms came to 78 for May, down from 80 for April.

The monthly index is based on a survey of 2,889 companies throughout the country from April 14 to 21. (Yonhap)