A total of 276 companies listed on the main KOSPI market and secondary KOSDAQ bourse raised a combined 12.6 trillion won ($11.2 billion) through rights offerings last year, compared with 10.4 trillion won a year earlier, according to the data by the Korea Exchange. 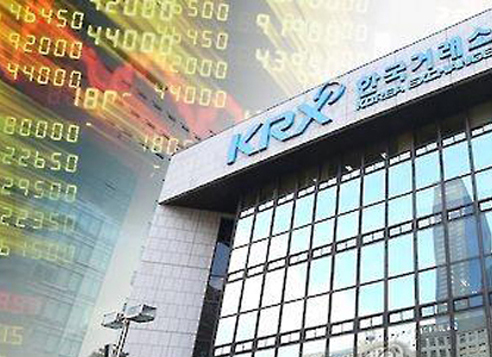 (Yonhap)
Rights offerings by 199 KOSDAQ firms spiked 68.1 percent from a year earlier to 4.5 trillion won in 2016, with the number of issuers and cases gaining 33.6 percent and 27.3 percent, respectively.

Rights issues by 77 KOSPI companies increased 5.4 percent on-year to 8.1 trillion won, with the number of issuing firms climbing by five. The amount accounted for 64.5 percent of the total.

On the main bourse, companies with assets of 2 trillion won or more accounted for 71.4 percent of the total rights offerings.