[ The Korea Herald – Send E-mail ]
Deloitte Anjin gets 1-year new business suspension
DSME says it expects turnaround this year with focus on specialty vessels
By Korea Herald
Published : Mar 24, 2017 - 18:03
Updated : Mar 24, 2017 - 18:06
The financial regulator said Friday it has decided to ask for Deloitte Anjin to be made to suspend its opening of new accounting services for a year for “turning a blind eye” on the window dressing of troubled shipbuilder Daewoo Shipbuilding & Marine Engineering.

The Securities & Futures Commission announced that it has decided to request such a penalty on the company to the Financial Services Commission, which will review the request and make a final decision on April 5. 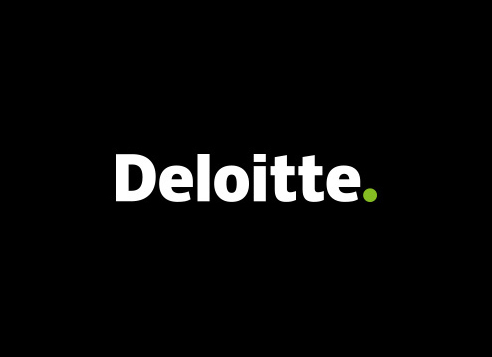 The logo of Deloitte (Deloitte)
If the FSC finalizes the penalty, Deloitte Anjin, one of the big four accounting firms in South Korea, will be banned from offering new accounting service to three types of companies. This would include listed firms that have used Deloitte Anjin’s service for at least three years, companies whose auditor has already been designated by the SFC, and financial institutions.

Besides the business suspension, the SFC also decided to impose a 1.6 billion won ($1.43 million) fine on the accounting firm for falsely writing securities reports, a 20 million won fine for submitting a cooked auditing report in 2014 and a five-year ban from auditing DSME.

The SFC decided to cancel the license of the four accountants of Deloitte Anjin, who were indicted by the prosecution on charges of providing favorable reports for DSME in 2013 and 2014 even when they were aware of DSME cooking the books.

The severe penalty on Deloitte Anjin is expected to bring some confusion among companies here, as they would have to find new auditors among the other big three -- Samil PricewaterhouseCoopers, Samjong KPMG and EY Han Young.

Anjin said it was disappointed by the SFC’s decision.

“We are very disappointed with this decision. Our focus now is on our people and our clients, and continuing to ensure that they receive the highest degree of professional service,” Deloitte Anjin said in a statement.

The financial regulator has been investigating Deloitte Anjin since late 2015 over its failure to uncover measures taken by DSME to make its snowballing losses in 2013 and 2014 look smaller.

The commission criticized the senior executives at Deloitte Anjin for “being sufficiently aware of an accounting fraud” but ignoring it.

The penalty decision came a day after state-run creditors promised DSME another 6.7 trillion won rescue package Thursday on the condition that all stakeholders agree on a debt-for-equity swap plan.

It is the second round of extensive bailouts proposed by the Korea Development Bank and Export-Import Bank of Korea for the shipbuilder which is suffering a severe liquidity crunch due to mounting losses from offshore projects,

The shipbuilder released a statement Friday, saying it expects a business turnaround this year by focusing its portfolio on liquefied natural gas carriers and other specialty vessels.

“We are going to reduce our exposure to risky offshore projects, while focusing on commercial ships and specialty vessels,” said the statement.

DSME President Jung Sung-leep said he would resign if the company fails to make a turnaround.

Jung said the shipbuilder is left with nothing to sell in terms of assets and it is currently in talks with the labor union to cut workers’ wages.

The labor union said earlier in the day that they were willing to accept a proposed pay cut for workers from the shipyard’s creditors. DSME will have to cut 25 percent of its personnel costs and slash its workforce by 1,000.

The fresh rescue package also calls for DSME’s labor union to not go on a strike.