A group of US House lawmakers on Thursday introduced a bipartisan resolution condemning China's retaliation against South Korea for its decision to host the US THAAD missile defense system and urging Beijing to exercise pressure on North Korea. 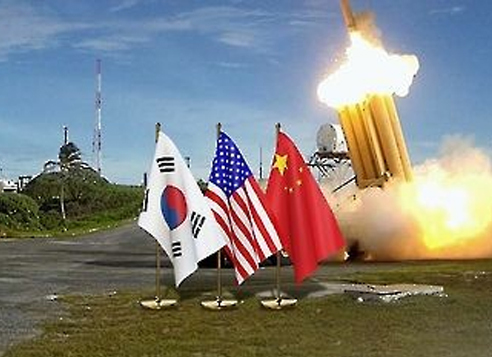 (Yonhap)
"The House of Representatives condemn China's retaliatory measures against the Republic of Korea, its businesses and its people in response to the deployment of the THAAD to protect against North Korea," the resolution said, urging Beijing to "immediately cease its diplomatic intimidation and economic coercion" against the South.

The resolution calls on China to "exercise its considerable influence to pressure North Korea to give up its nuclear and ballistic missile programs instead of undermining South Korea's sovereign right to defend itself against the North Korean threat."

China has taken a number of economic retaliatory measures, including restrictions on South Korean imports and a ban on Chinese tourists from visiting the neighboring nation, as Seoul refused to give in Chinese pressure to scrap the decision to host THAAD.

The resolution noted that "no less than 50 Lotte supermarkets across China had been shut down and the Korean businesses located across China have been the target of various inspections by the Chinese authorities" after the Lotte Group conglomerate decided to hand over a golf course for the THAAD site.

It said that an American company partnering with Lotte has also been directly affected by such measures. The resolution also noted that Chinese authorities have instructed travel agencies not to sell any tour packages to South Korea and that China canceled numerous cultural shows and music performances planned under contracts with South Korean firms.

The resolution also condemns the North's recent ballistic missile launches and urges the US to take all necessary measures to protect itself and allies while expressing support for the prompt deployment of THAAD and praising South Korea for its commitment to the system's deployment.

"With the upcoming visit of Chinese President Xi Jinping to the United States, it is important, through this resolution, that we support the timely deployment of the Terminal High Altitude Area Defense (THAAD) system in South Korea and urge China to cease its unwarranted retaliation against South Korea in response to the deployment," Yoho said in a separate statement.

The congressman stressed that China has done little to rein in the North's provocative actions.

"I commend the Korean government for its firm commitment and timely cooperation to ensure the effective deployment of THAAD. I also want to express my gratitude for the service and sacrifice of our 28,500 soldiers, sailors, airmen and Marines that constitute the US Forces Korea and who so honorably defend the US-ROK alliance against any and all North Korean aggression," he said. (Yonhap)