A South Korean space institute said Wednesday that one of its astrophysicists has suggested a way to protect a nano-sized spacecraft during an interstellar voyage project that was unveiled last year.

In April 2016, tech investor Yuri Milner announced the so-called "Breakthrough Starshot" initiative to send nanocrafts to a small rocky "Earth-like" planet that might exist in the nearest star system to the sun, Alpha Centauri. The billionaire said he will inject $100 million to fund scientists and engineers to test the feasibility of sending a spacecraft on the 20-year journey. The craft will be designed to travel at 20 percent the speed of light. 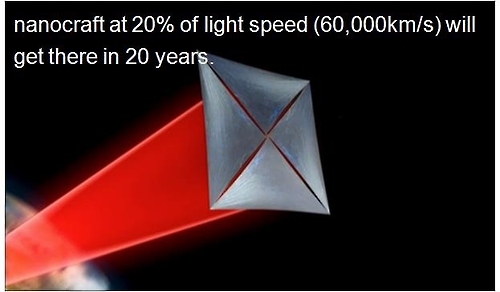 (Photo courtesy of the Korea Astronomy and Space Science Institute) (Yonhap)
However, the project -- backed by Stephen Hawkings and Facebook Inc. co-founder Mark Zuckerberg -- faces many challenge including gas atoms and dust grains that the spacecraft could encounter on its interstellar journey.

Thiem Hoang, a Vietnamese theoretical astrophysicist from the Korea Astronomy and Space Science Institute, has detailed a way to shield the spacecraft from gas and dust during the journey.

"In this paper, we quantify the interaction of a relativistic spacecraft with gas and dust in the interstellar medium," the scientist said.

The theoretical astrophysicist suggested putting on a "bumper" and 1mm-thick graphene foil, as well as a double shield that can protect the craft as it travels through space.

"We suggested a practical strategy to protect the nanocraft," Thiem said, adding that the question "Are we alone" could be answered through the project.

The findings were published in the latest edition of the journal "The Astrophysical Journal." (Yonhap)