Ending a some four-year stay in the presidential mansion, Park headed back to her private residence in Samseong neighborhood, southern Seoul. Hundreds of supporters were waiting for her arrival, chanting "Park Geu-hye, the President!" and "Cancel the impeachment!" 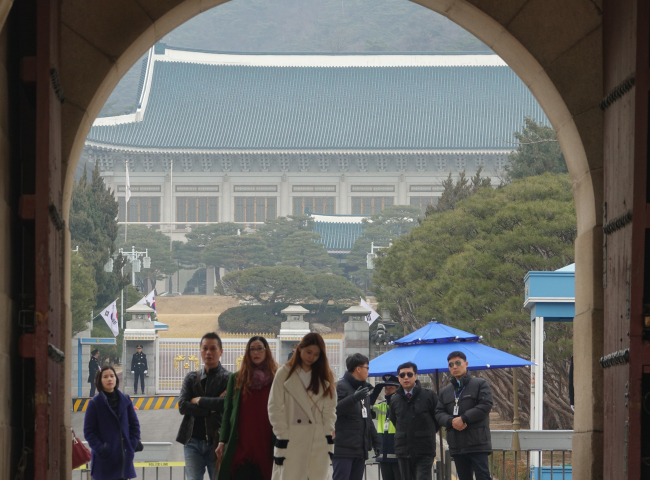 (Yonhap)
The Constitutional Court upheld Park's impeachment over a corruption scandal on Friday. But she had stayed in the presidential complex while keeping silent on the ruling, prompting rivals to criticize her for behaving as if she won't accept the result.

As rumors of Park's possible early return spread in the afternoon, hundreds of her supporters gathered in front of the house, where she lived from 1990 to 2013 before moving into the presidential office.

A some 1,000-strong police force was deployed around the house to prevent possible violence.

Park's aides said the repair work of her house began immediately after the court ruling Friday.

The residential boiler at her home was fixed and other home furnishings, such as wallpaper were being prepared on Sunday. A space where her security guards can stay is being created inside the residence, according to other sources. (Yonhap)