China promised to faithfully implement U.N. Security Council sanctions imposed on North Korea and also renewed its commitment to working for the denuclearization of the Korean Peninsula, the foreign ministry here said Friday.

China made the promise in a telephone conversation between its top nuclear envoy Wu Dawei and his South Korean counterpart Kim Hong-kyun, according to the ministry.

During the telephone talks arranged at the request of China, both discussed North Korea and the threat posed by its nuclear weapons program, the ministry said.

Wu, in particular, was quoted as saying that China remains steadfast in its pursuit of the denuclearization of the Korean Peninsula and promised it will faithfully carry out UNSC sanctions imposed on the North for its repeated missile and nuclear provocations. 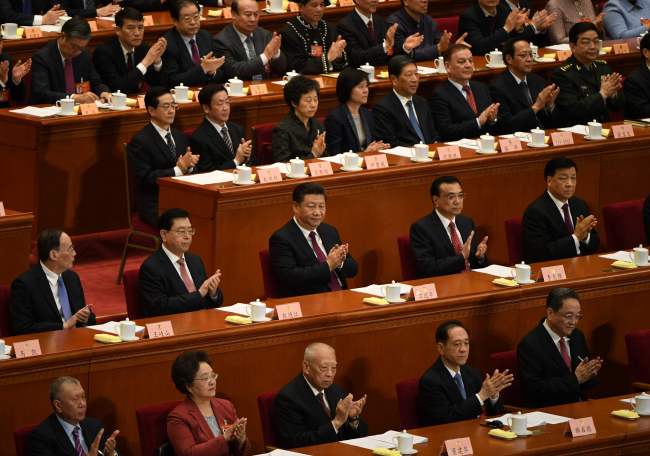 China`s National People`s Congress. Yonhap
Also, the ministry said the two sides discussed other issues such as the death of the half brother of North Korean leader Kim Jong-un, but did not disclose the details out of diplomatic courtesy.

Wu was quoted as saying that it is regrettable if it is true that China is blocking its nationals from visiting South Korea as part of retaliatory actions against Seoul's move to host an advanced U.S. antimissile system on its soil.

The two officials also agreed to maintain strategic communication and cooperation in dealing with the North's nuclear issue. To that end, they agreed to hold bilateral talks between the top nuclear envoys "as early as possible," according to the ministry.