[ The Korea Herald – Send E-mail ]
Consumption remains sluggish, industrial output upbeat
By Park Ga-young
Published : Mar 2, 2017 - 17:04
Updated : Apr 22, 2020 - 15:39
South Korea’s consumption remained sluggish in January, in a sign of downward pressure on the country’s economy despite a recovery in exports and industrial output, according to the country’s statistics office Thursday.

While industrial production rose for three consecutive months backed by an upturn in exports, consumption saw three straight months of decline due to weak spending during the national holidays in January and a waning of the effects of consumption-boosting measures taken last year. 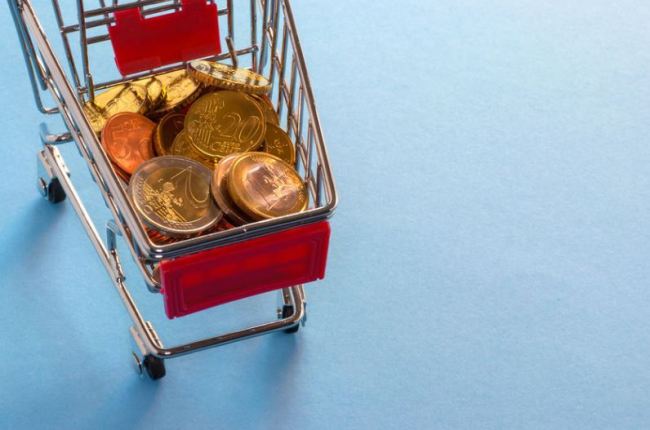 (123RF)
Consumption continued on a downward trend and fell at a faster pace in January, according to Statistics Korea.

Retail sales dropped 2.2 percent from the previous month, declining for the third straight month, following a 0.3 percent on-month drop in November and 0.5 percent in December. It is the first three-month-long decline since a fall between August and December 2008.

The statistics agency attributed tepid consumption in January to the anti-graft law which went into effect in September and the diminished impact of tax benefits introduced last year.

During the Lunar New Year holiday, which fell at the end of January, consumers preferred low-budget gifts to expensive ones partly due to the anti-graft act, the statistics office said. The diminished effect of measures taken by the South Korean government last year -- a tax cut program on cars and nationwide shopping promotion events -- also took a toll on consumption.

Weak consumption poses a downward pressure on the economy along with other uncertainties including the Donald Trump administration’s policy direction, a possible interest rate hike in the US, and increasing unemployment rate here, an official at the Ministry of Strategy and Finance said.

Meanwhile, the output of all industries in Asia’s fourth-largest economy in January rose 1 percent on-month, increasing for three consecutive months in line with an upward trend in exports.

A 3.3 percent monthly increase in production in the mining, manufacturing, gas and electricity industries, and a 0.5 percent on-month gain in the service sector offset a 0.7 percent decline in output in construction and a 5.8 percent fall in public administration in January.

A surge in outbound shipments in the recent months led the gain in industrial output and facility investment in January, as the country’s manufacturing sector is closely linked with exports, the statistics office said.
South Korea’s exports expanded for four straight months until February on the back of rising oil prices and surging demand for chips and electronics parts, which saw a double-digit jump in January from a year ago.

Facility investment also rose for three straight months through January, backed by increased investment in the technology sector, especially in semiconductors and machinery.