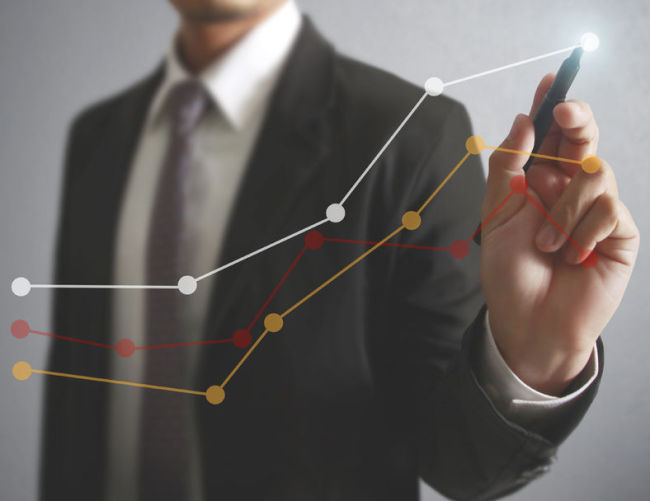 (123RF)
But the announcement -- made after seven months of hiatus -- was ill-received by economy watchers, who criticized the measures as half-baked, repetitive and lacking focus.

Before Park Geun-hye’s meetings faced a major setback in the second half of 2016 amid a political scandal that has led to her facing an impeachment trial, she hosted 10 trade and investment promotion meetings since 2013, announcing a total of 42 mega projects and small measures in efforts to promote investment. Despite such efforts, investment has been weak amid the tepid global economy last year.

In 2016, construction investment jumped 11 percent on-year on the back of a government-led real estate boom, but facility investment shrank 2.4 percent from the previous year. The government anticipated that sentiment toward investment would be unlikely to recover due to the recent political turmoil, the emergence of trade protectionism and Britain’s exit from the European Union.

The latest measures to promote investment include creating a tourism brand in the Southern coastal area, allowing the distribution of draft beer made by microbreweries and using apartment complexes’ parking lots for paid parking space during daytime.

The government will group together eight counties and cities on the southern coastline, including Tongyeong and Yeosu, as a tourism belt to attract visitors. It includes linking 483-kilometer-long coastal roads and a plan to convert abandoned shipyards and schools in the area into tourist attractions.

The government will also promote environmental-friendly vehicles by building charging stations around the country. By 2025, South Korea will have 200 charging stations for both electric and hydrogen vehicles around the country set up by local builders. It will also give a 50 percent discount for highway express tolls for environment-friendly vehicle users.

Local small breweries will be allowed to sell their draft beers to retail shops in the future, according to the plans revealed. The government will announce more details in the fourth quarter including a measure to allow more ingredients to be used for making beer.

Meanwhile, in order to support local exporters to do business abroad this year, the government has set aside 372.9 billion won ($329.5 million), up 30 percent from a year earlier. It will hold two-thirds of the 300 planned export consultation events in the first half of the year, while 210 trade missions will be dispatched over the January to June period.

Following the announcement, however, economic experts remained pessimistic about the effectiveness of the measures, citing how they are a repeat of past plans or lacked in-depth analysis of the economic situation.

Among the 42 mega projects announced during the previous 10 meetings, only five have been finished and 16 have started as of January. Many of the projects are variations of promoting tourism, health care, cultural and sport industries.

Professor Sung Tae-yoon of Yonsei University said there was not much new in the government’s announcement.

“It looked like a rearrangement of existing issues. ... I don’t see the directional connection with trade and investment.” he said.

“This may be because the current administration is nearing the end of its term. ... The important factor at present is that the US is making policy changes on trade after the inauguration of President Donald Trump, and that the international trade order is changing with it,” Sung said. “In order to step up the trade-investment stimulus, we need comprehensive action to find a new path under the new trade environment.”

“(The government measures) don’t have to be necessarily new, but (at the moment) they do not contain anything that will have policy influence,” he added.

In addition, some of the projects such as K-Culture Valley and K Sports Club included in the ninth meeting in February 2016 and K-Sports Town in the 10th meeting, have been accused of being a gateway to corruption involving President Park’s confidant Choi Soon-sil and her aids.

Lee Chan-woo, deputy minister of strategy and finance, on Monday denied allegations that decisions of the trade and investment promotion meeting were influenced by any certain power group and emphasized that projects selected have been operating with transparency.