The idea was to create economic synergy by combing South Korea’s capital and technology and North Korea’s cheap labor and land.

Dubbed the “unification pot,” 1,000 sets of pots made by kitchen goods maker Living Arts were made in North Korea and delivered to a department store in Seoul the same day. 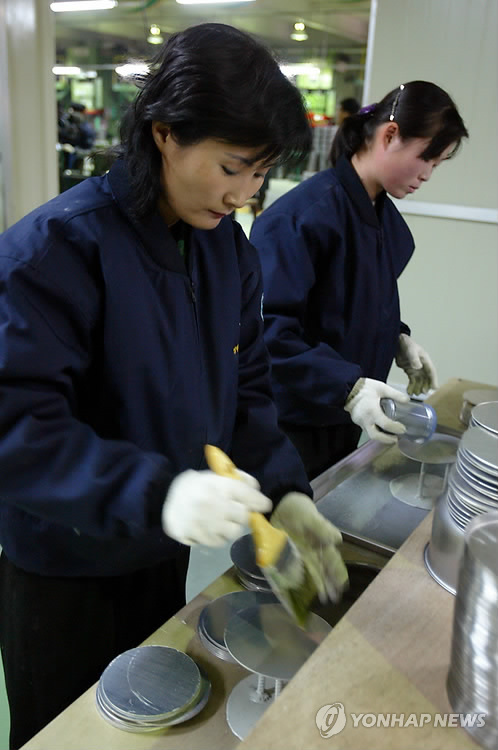 Kitchen Arts was one of 15 companies that first began building plants in Kaesong in 2004. The number of South Korean companies there ballooned to 65 by 2007, and had almost doubled to 123 before it was shut down a year ago. Most of them were small and medium-sized companies, with 58 percent of them making textiles and 19 percent machineries.

Seen largely as political cooperation, the complex offered economic opportunities at its heydays and losses during times of political tension for both sides.

It is estimated that North Korea earned $560 million, including $120 million in 2015 alone, from the complex, mostly in the form of wages, since it started operating in 2004. Hyundai Research Institute estimated direct economic effect to South Korea was more than $3.26 billion by the end of 2014.

Kaesong faced several small and big challenges. In some occasions, South Korean staff were banned from entering the complex or kicked out. New investment was curved in the aftermath of two deadly clashes in 2010. 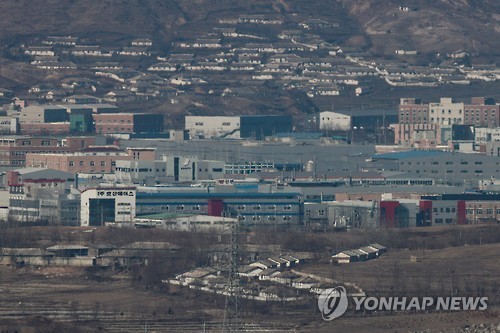 An aerial view of the joint industrial complex in Kaesong, North Korea, taken on Feb. 6, 2017. (Yonhap)
But most of the time, operation continued.

In 2013, however, the complex was closed for the first time when the North Korean government removed all 53,000 North Korean workers from the complex after South Korea decided to forge ahead with joint military drills with the US.

For the 160 days of hiatus in 2013, the government estimated losses of around 700 billion won ($610 million), while the Corporate Association of Kaesong Industrial Complex, representing South Korean companies, insisted their losses exceeded 1 trillion won.

A year ago, the Park Geun-hye administration announced it would shut down the complex, citing the North’s nuclear test and long-range missiles launches. It also said some wages paid to North Korean workers had been funneled into the North‘s nuclear and other weapons programs.

Due to the closure of the complex, some 54,700 North Korean who were paid $74 per month lost their jobs, but South Korean companies have also suffered greatly from the shutdown, analysts said.

Economic exposure to the industrial zone is greater for South Korean companies and the government as a whole. South Korea had invested 1.19 trillion won to build roads and factories, according to government data. The 123 companies in the complex, which lost access to the facilities, had more than 5,000 subcontractors and 60,000 workers.

South Korea is likely to suffer a “Korea discount” -- low valuation due to inter-Korean tensions and uncertainty -- and will lose momentum in strengthening its partnership with the North as its dependence on China grows, Hyundai Research Institute said in a report Thursday.