In January, the country’s exports jumped 11.2 percent on-year, the first double-digit growth since January 2013, by logging $40.3 billion, according to the Ministry of Trade, Industry and Energy. 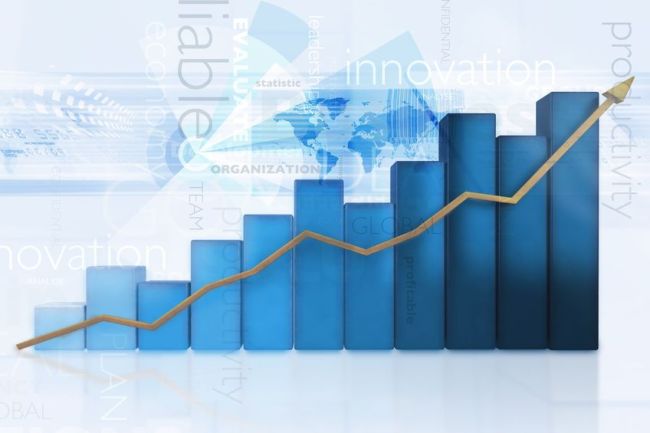 (123RF)
Increase in semiconductors and petrochemicals shipments boosted the exports.

Outbound shipments of semiconductors amounted a record high of $6.4 billion as both export volume and export prices surged.

Exports of petrochemical products reached $3.5 billion, the highest since December 2014 mainly due to an increase in export prices.

Flat panel display and the organic light-emitting diode also contributed to the jump in January.

Finance Minister Yoo Il-ho, in a meeting with officials in Seoul, vowed an all-out effort to ensure this trend continues and leads to an economic recovery this year by offering support to export companies. Exports account for half of the country’s gross domestic product.

By destinations, exports continued to grow in Vietnam, countries of the Association of Southeast Asian Nations, China, Japan, the EU, and India. Exports to the Middle East turned around to positive growth last month.

Along with exports, imports also soared 18.6 percent to $37.13 billion, also growing for three straight months in January. Fast growth in imports resulted in a smaller trade surplus of $3.2 billion compared with $6.8 billion recorded in December but it was the 60th consecutive month of surplus.

While a recovery is seen in export figures, Finance Minister Yoo warned that difficulties from the outside, including ambiguous US policies, Britain’s hard Brexit and possible missile tests by North Korea, might pose as threats to the country’s exports.

Sluggish consumption might also weigh down on the economy, Yoo said.

“Retail sales declined for the second consecutive month in December and consumption during the Lunar New Year holidays were also contracted due to the Kim Young-ran act (the anti-graft law that went into effect on Sept. 28, 2016).”

The retail sales index in December rose by 1.6 percent from a year ago, data from Statistics Korea showed on Wednesday. But it dropped for two straight months in December, declining by 1.2 percent from the previous month, the fastest monthly drop since September 2016.

The country’s industrial production activity remained unchanged from the previous month as a decline in manufacturing and mining sectors was offset by slight gains in service sectors, data showed.

“Domestic consumption appears to be unstable,” chief economy at HI Investment & Securities Co. wrote after the release of the data. “But a boom in semiconductors and other IT sectors, as well as investment in equipment and construction, are likely to defend the downward pressure in the economy and better-than-expected export figures gives a signal of rebound rather than further contraction.”