The Korean government projects that the number of the working age population, those aged between 15 and 64, will start declining from the year 2017. The proportion of seniors aged over 65 is to hit 13.8 percent this year, right ahead of the aged society in which the figure reaches 14 percent. 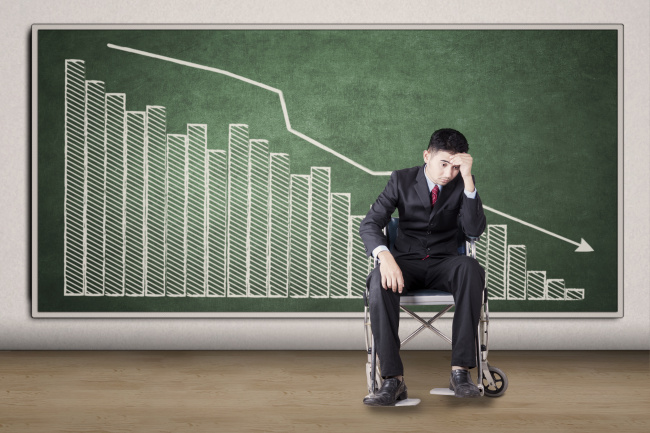 (123rf)
“Korea needs to progress with the restructuring of nonviable firms to avoid the adverse consequences of delayed balance-sheet repair that Japan experienced,” the IMF’s working paper said.

The report said Japan had delayed balance-sheet repair until 2002-2003 that should have been in place in the wake of the 1997 Asian financial crisis. After the Japanese economy was hit by the 2011 earthquake, major policies have not been able to meaningfully revitalize the economy, it said.

The IMF pointed out that Korea should improve low productivity in network sectors such as air, electricity, gas, rail, road and professional services.

Narrowing differences between regular and non-regular jobs and promoting more competition in the service sector are “essential” to boost productivity and growth, it said.

It also said Korea’s household debt, much higher than it has ever been in Japan, should be dealt with stronger policy measures such as a gradual tightening of debt-to-income cap of 60 percent toward 30 to 50 percent.

Korea’s prudential regulation will help “prevent booms and busts in the real estate market similar to the one that contributed to Japan’s crisis,” it said.