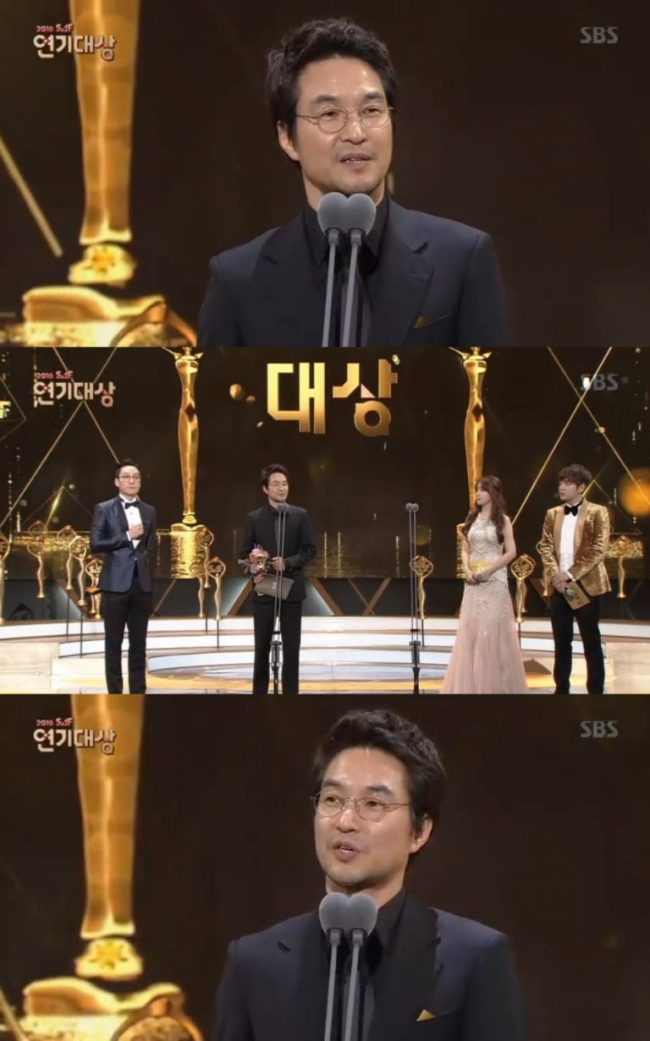 Han addressed the importance of embracing diversity in his acceptance speech, in a ceremony held at the SBS Prism Tower in Sangam-dong, Seoul.

“A lot of people tell you to become a white canvas when you first begin acting. But I began thinking, couldn’t someone become a black canvas? Like the background of the stars at night? Those stars could not have shined without the dark background,” said Han.

“If something makes us uncomfortable because it is different, we should embrace it with understanding,” he added.

“Romantic Doctor” currently airs on SBS at SBS on Mondays and Tuesdays at 10 p.m.