Most recently riding the wave of success in China, the future expansion and growth of hallyu -- or Korean cultural content -- is seeking new export outlets.

The industry that was once all about penetrating the Japanese market has shifted its focus. While the exportation of Korean entertainment continues to make a successful presence in Japan, over the past several years “hallyu content” has had its eyes set on expanding to the Chinese market.

Exports on consumer goods related to Korean pop culture in the first half of last year increased 15.2 percent.

China, where Korean cultural content has seen its most successful growth to date, has not only witnessed a spike in its local fan base for K-pop music, but K-dramas have surged in popularity and travel to Korea has also increased. 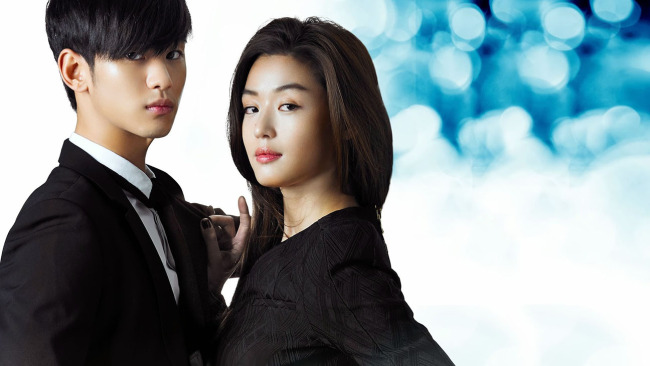 Promotional image for “My Love from the Star” (SBS)
The Ministry of Culture, Sports and Tourism also announced that the country hit a record high number of tourists last year, surpassing 17 million, breaking the previous record of 14.2 million set in 2014. The figure also recorded a 28.5 percent increase from last year, when the local tourism industry plummeted following the Middle East respiratory syndrome outbreak in 2015.

Of the 17 million visitors, more than 8 million were Chinese, accounting for nearly half of Korea’s total international tourists.

There were even reports by Chinese news outlets that a fan supposedly damaged her eyesight from binge-watching the show. 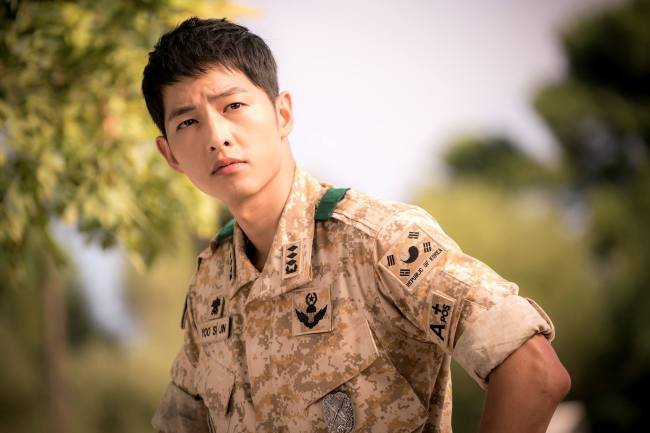 Scene from “Descendants of the Sun” (KBS2)
The popularity of the shows not only sparked further interest in Korean dramas, but also created a frenzy among young Chinese consumers with the cultural content featured on the shows.

Following the success of “My Love from the Star,” China saw more locals trying out Korea’s fried chicken and beer culture, which was regularly featured on the program. Korean dramas are also widely credited for the boom in the local cosmetics industry, where it sees international consumers trying to mimic the cosmetic and fashion styles portrayed on Korean TV.

Experts continuously stress the importance of good relations between Korea and China as one of the biggest keys to the flourishing sustainability of hallyu.

However, despite the tremendous success hallyu content is seeing its neighboring Asian country, the relationship between China and Korea’s entertainment content has taken a more hostile turn in recent months, threatening the growth of hallyu.

After Seoul announced the deployment of the Terminal High Altitude Area Defense, an advanced US anti-missile system, China instituted a ban Korean entertainment as China protested the move as a threat to its security.

The ban saw Korean pop stars canceling concerts and other events, as well as TV shows and films being forced to postpone their release date.

“China has been and is the largest stage for hallyu, from the beginning of its popularity,” said National Assembly Speaker Chung Sye-kyun at the China Forum 2016 in November. “The meaning of hallyu is to grow, even though the relationship between two countries has wavered due to THAAD.”

Yet it seems that this relationship is set to waver further as it looks like China has started to plagiarize popular Korean dramas.

According to news reports, there are at least seven reality programs set to air in the country later this year that are considered to be knock-offs of Korean shows. Many TV officials are attributing the increase in plagiarism to the government’s continued ban on hallyu content.

Local TV representatives have publicly suggested that an overreliance on China could hurt the Korean entertainment sector in the long run, and have been calling for more hallyu expansion in other parts of Asia and in the Americas.

With the exception of the unforeseen worldwide success of Psy and his record-breaking single “Gangnam Style,” hallyu’s penetration into North America has been lackluster. However, Korean pop culture has somehow managed to win the hearts of young Latin Americans, begging the question of whether China’s ban will shift hallyu’s growth focus to the Americas.

According to a report by researcher Shim Hye-jung of the Korea International Trade Association’s Institute for International Trade, although Korean consumer goods showed promise in expansion or growth, there needs to be more diversity in products and exporting countries.

Big Bang (YG Entertainment)
Often overshadowed by hallyu’s success in China, Korean cultural content -- most notably K-pop -- has been seeing large success in Central and South America, giving birth to what some refer to as almost a cult-like devotion for Latin fans.

In the past, concerts on the continent by mega K-pop stars such as Big Bang or Super Concerts attracted more than 10,000 fans, while in the Peruvian capital of Lima, one shopping center has an entire floor dedicated to Korean music, fashion and food.