“I had a bad relationship with my stepfather because he always nagged me to stop using my cellphone,” Kim told The Korea Herald during an interview at Geumcheon Youth Center in southwestern Seoul, a shelter for female teen runaways.

She described her leaving home as a spur-of-the-moment decision.

“One day, he took away my phone while I was contacting a friend. I was pissed off, left home and traveled up to Seoul with a friend,” she said, whose biological parents divorced when she was 8 years old.

Having grown up in a small city in North Gyeongsang Province, Kim and her friend had no money, no one to turn to and nowhere to stay in Seoul. She ended up living on the streets. 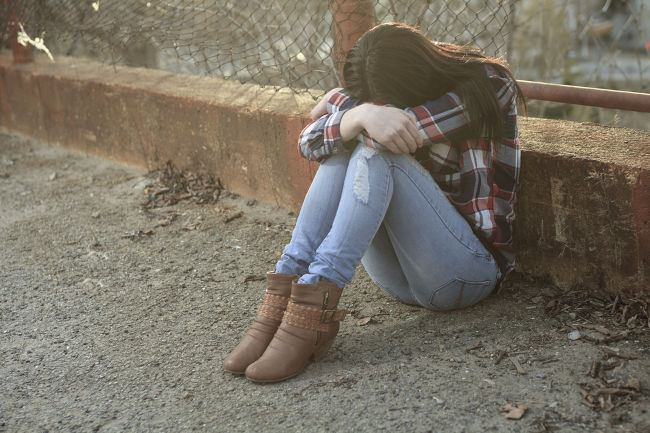 Stock image(123rf)
“I spent nights wandering around the city or killing time at internet cafes. We did not have money so we often skipped meals,” she said.

After two months of the rough life on the streets, she sought refuge at the Geumcheon center.

“I could not stand life on the streets any longer,” said Kim, who recently returned to her family after a one-year stay at the shelter. “It was fun to participate in various activities. I even learned to play musical instruments, make coffee and bake bread.”

There are 119 such shelters across the country, funded by the Ministry of Gender and Family and local municipalities. They provide vulnerable teenagers with accommodation, food and counseling services for up to three years.

Designed to help them safely return home and lead law-abiding lives, the centers also offer the juveniles job training, education on how to quit smoking and have safe sex as well as opportunities to participate in cultural activities, such as watching movies or theatrical performances.

In the first half of this year, 14,221 teenagers stayed at state-run shelters. Last year, the facilities housed 25,012 youngsters.

“One of the major reasons for kids to run away from home is family dissolution. Especially in the process of parents getting divorced and shifting responsibility for raising children, their kids grow mentally unstable and end up running away from home,” said Choi Eun-young, a head counselor at the Geumcheon center.

Police data put the number of teen runaways at 11,383 as of June 2016. But, the actual number might be higher than reported, she added.

“As teen runaways are desperate to get money, feed themselves and belong somewhere, they often put up with being exploited and underpaid,” she said. “They are often lured into crimes, such as theft or sex trade.”

Many of the teenagers who left home choose to live in a “runaway family,” the term they use to describe a group of runaways who meet in internet chat rooms and develop relationships based on committing crimes together.

Girls are more vulnerable, Cho went on, as they are often forced into selling sex.

According to a survey of 92 runaway teen girls in Daejeon, 38 percent said they had worked as prostitutes. About half, or 48.6 percent, of them said they started at ages 14-16. Asked who had brokered the sex, 31.4 percent said an older or younger acquaintance, followed by friends at 31 percent and themselves at 17.1 percent.

Yang Ye-seul, 16, who is set to return home at the end of this year, was one of the girls who turned to prostitution while living on the streets.

“I ran away because of my stepfather. I stayed in my friend’s house in Seoul after I left home,” she said, with her eyes fixed on her phone.

Yang, whose biological parents are also divorced, was caught selling sex to adults and received probation from the court.

Yang came to the shelter because the court determined her parents were not able to protect her. “My life here has been okay. The relationship with my family got better.”

“In most cases, it is not children’s fault that they run away. Most of the children end up on the streets because they are neglected at home and school,” said the counsellor Choi. “What runaway children need is continued care, love and trust from society.”

“The government should help parents to fix their relationships with their runaway kids and not to give up on them,” she said. “Parents need to change too -- as much as their misbehaving children.”

Former runaway Kim was recently accepted into a university in her hometown and will begin to study social welfare in March.

“I am so happy. I feel rewarded. My father is proud of me. My only wish was to live like an ordinary person, like a salaried worker,” she said. “Having gone through all this, I want to become a social worker and help other children not to be like me.”