“It is deeply disturbing to see our professional and expert opinion -- which is based on painstaking, detailed and thorough investigations -- on the artwork of Chun Kyung-ja thus ignored and unequivocally criticized without credible or scientific evidence,” the firm’s CEO Jean Penicaut said in a statement released Wednesday. A report analyzing the disputed painting’s deviance from Chun’s other works was also released.

“The rash conclusions and baseless statements the prosecution team made are in direct contradiction to what has been found forensically.”

The Seoul Central District Prosecutors’ Office announced Monday that, after a five-month investigation, it had come to the conclusion that the disputed painting is a genuine Chun.

The announcement contradicted Lumiere Technology’s September findings that there was only a 0.0002 percent chance “Beautiful Woman” could have been painted by Chun. Korean prosecutors dismissed the French firm’s findings on the basis that they were “unreliable.”

Penicaut responded that the prosecution’s methods of analysis were “ludicrous,” prove “nothing consequential” or were simply “borrowed” from Lumiere Technology.

“We have accumulated more than 25 years of experience in analyzing artworks, including having worked closely with the Louvre for many years,” Penicaut wrote. “Our professional and scientific knowledge, experiences and methods simply cannot be copied or replicated by non-experts.” 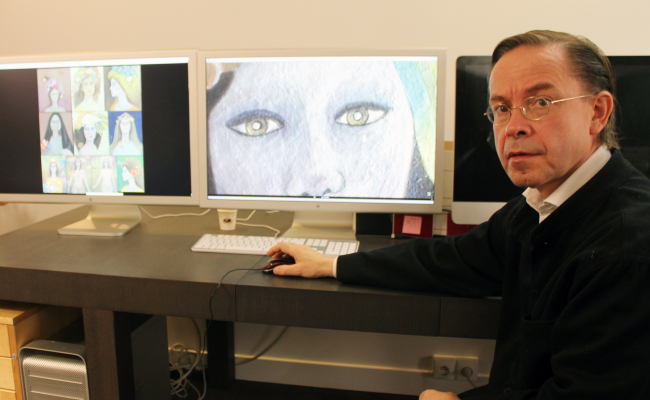 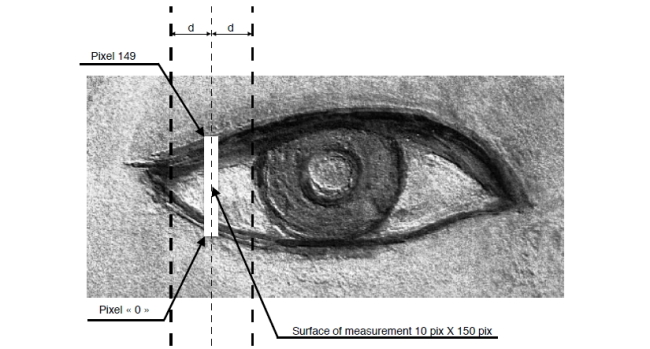 “Yet, our work has been completely ignored and the content of the final report was not even released to the public.”

Penicaut also added that he had been forewarned about the prosecution’s conclusion.

“Curiously enough, one of the prosecutors advised us in an email on Nov. 7 to defend ourselves ‘fiercely against the foreseeable attacks of the partisans of the assignment of the work, as (an) original of Mrs. Chun.’

“We are intent on returning to Seoul to speak from this objective, scientific, forensic standpoint to the prosecutor and persons concerned with this case, as this matter concerns an essential question in the history of art,” Penicaut concluded. 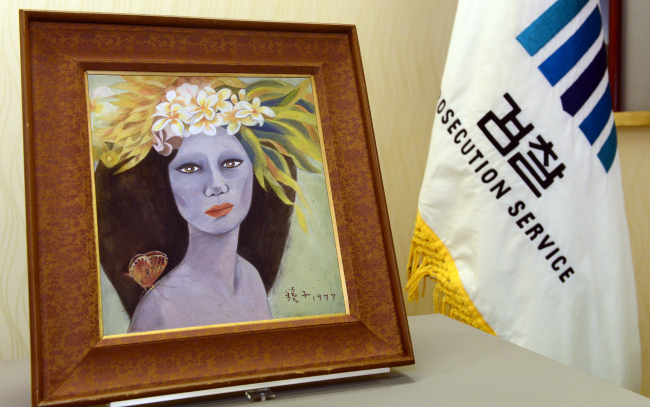 “Beautiful Woman” is displayed at the Seoul Central District Prosecutors’ Office on Monday. (Yonhap)
Lumiere Technology’s announcement is the latest in a 25-year-old controversy surrounding “Beautiful Woman.” Though Chun, who passed away last year, claimed in her lifetime that she had not created it, the National Museum of Modern and Contemporary Art, Korea and artistic circles have argued the painting is a genuine work by Chun. The late artist’s family sued the museum’s director and officials in May. A trial is underway.