A cult classic starring Kevin Costner as Frank Farmer and the late Whitney Houston as Rachel Marron, the film’s soundtrack went certified 17 times platinum and snagged a Grammy Award for Album of the Year, propelling the already popular rhythm and blues diva to superstardom. Having sold more than 45 million copies worldwide, “The Bodyguard” officially become the best-selling sound track of all time in 2012. 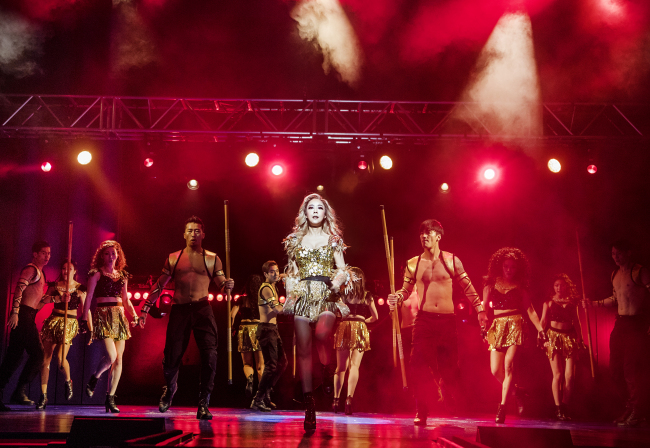 Lee Eun-Jin (also known as Yangpa) performs in the new “The Bodyguard” musical as Rachel Marron. (Rang PR)
That same year the captivating sounds of the late Houston hit the spotlight once again as the live musical rendition of the film -- written by Alexander Dinelaris -- debuted in London’s West End after six years in the making.

The musical has now hit the stage for the first time in Asia, performing in Seoul at the LG Arts Center until March. The Korean-language rendition of the West End production opened its curtains on Dec. 15 and stars Jeong Sun-ah, Lee Eun-Jin (also known as Yangpa) and the Voice Korea 2012 winner Seung-yeon as Marron. The role of Farmer is portrayed by Park Sung-woong and Lee Jong-hyuk.

The original storyline tells the tale of former Secret Service agent-turned bodyguard Farmer, who is hired to protect a famous pop star, Marron. An unlikely romance then begins to develop between the pair. 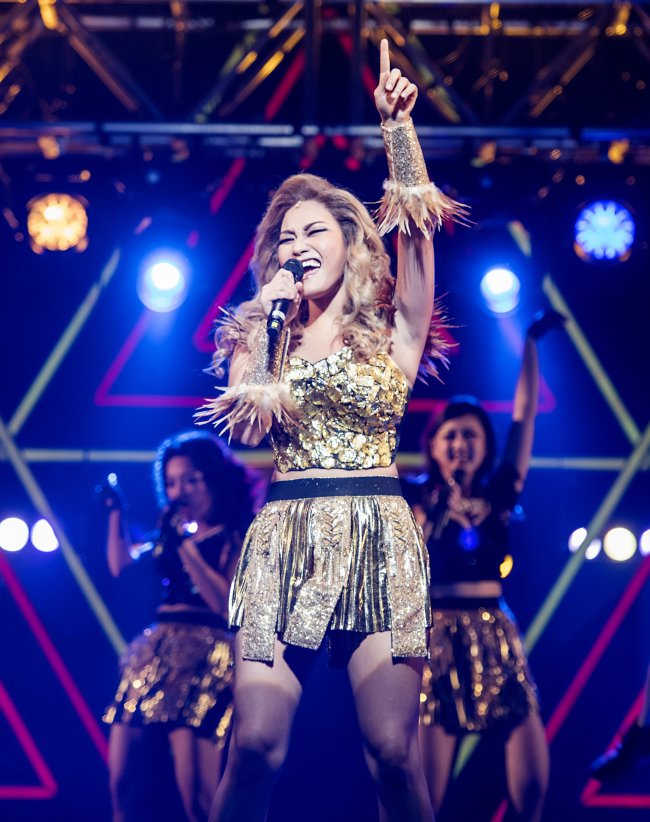 Son Seung-yeon plays the leading role of Rachel Marron in the new Korean rendition of “The Bodyguard” musical. (Rang PR)
Though the musical keeps the title “The Bodyguard,” the focus of the stage rendition differs. Instead of revolving around the relationship between Farmer and Marron, the musical version brings the character of Marron to the forefront.

It also further expands on the role of Nicki, Marron’s sister, who was somewhat of an afterthought in the film.

Paying tribute to Houston, the musical score for the two-act production not only features songs from the original sound track, including “I Will Always Love You,” “I Have Nothing,” “Run to You” and “Queen of the Night,” but additionally includes some of the artist’s most popular titles such as “Saving All My Love for You,” “I Wanna Dance With Somebody” and “One Moment in Time.”