Marking the 60th anniversary of the 1956 Hungarian Revolution and Freedom Fight, the Hungarian Embassy and the National Museum of Korean Contemporary History have organized a photo exhibition that runs until Jan. 22.

Organized in collaboration with the House of Terror Museum in Budapest, the exhibition showcases some 50 pictures and infographics at the museum in Seoul.

The exhibition includes representative images of the time, such as students marching on the streets and the Hungarian flag with a hole cut out of the Soviet emblem, and is divided into two parts: the revolution and Hungary’s transition to democracy and a market economy after 1989. 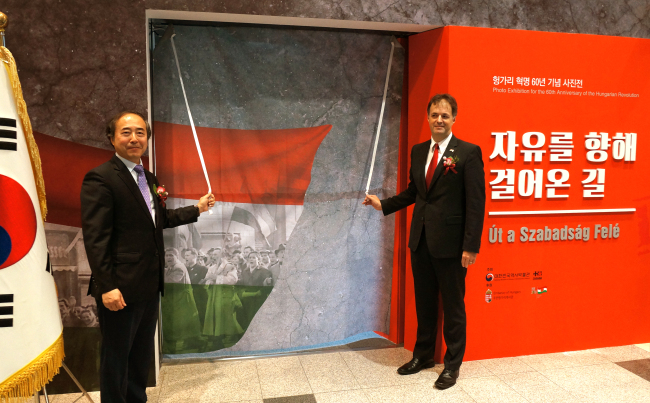 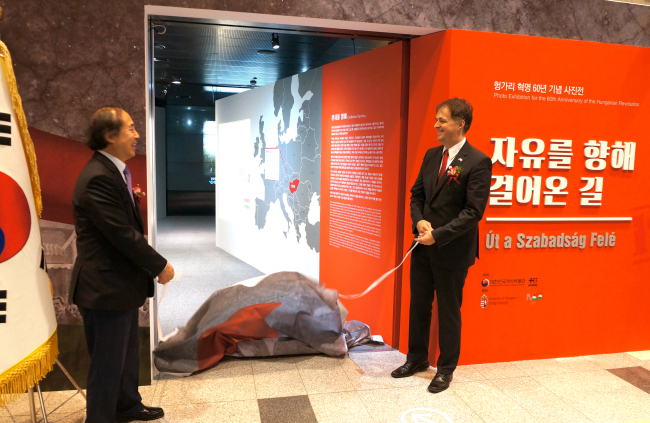 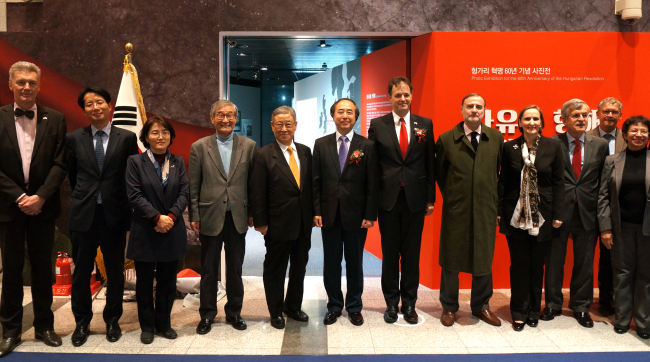 Foreign envoys at the exhibition's opening on Nov. 7 (Joel Lee / The Korea Herald)
Another feature of the venue is poem “The Death of a Girl in Budapest” written by Korean poet Kim Chun-soo (1922-2004) after reading a newspaper article about the revolution in 1956.

“The exhibited photos will relay some of the most important messages of our revolution, which has inspired Hungarians and people around the world,” Hungarian Ambassador to Korea Gabor Csaba said in a speech at the opening ceremony on Nov. 7.

“In 1956, Hungarians said ‘no’ to the communist regime that had been installed in the country eight years earlier, and fearlessly expressed their desire to live in a free and independent nation,” he added, noting that the revolt -- in which more than 2,500 people were killed -- was eventually crushed by the Soviet forces.

To a large extent, Csaba argued, the revolution influenced the later advancement of Hungary as a relatively humane society compared to others behind the Iron Curtain. The envoy added that its unfulfilled ideals were finally materialized when Hungary became a democratic republic precisely 33 years later on Oct. 23, 1989.

Hungary has championed its transition toward parliamentary democracy and market economy, according to the ambassador, becoming a member of the European Union, North Atlantic Treaty Organization, Organization for Economic Cooperation and Development, Visegrad Group and Schengen Area.

The uprising was reported extensively in Korean newspapers in 1956, with seven Yonsei University students organizing a voluntary militia to lend help to the resistance. The late Lee Man-seop (1932-2015), former speaker of the Korean Parliament, was one of the students, and his story is detailed in the exhibition. 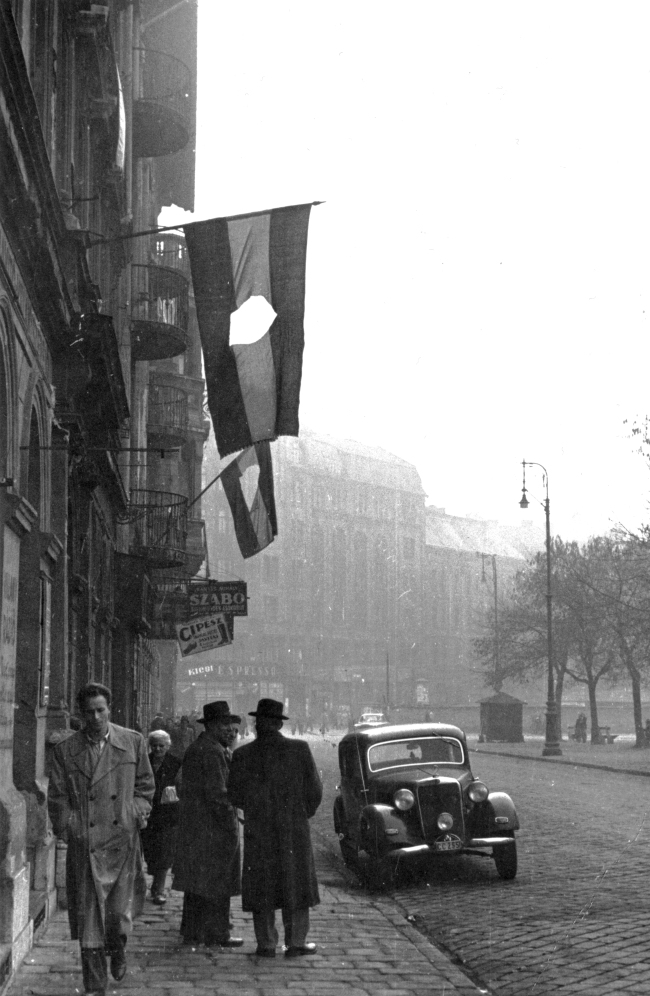 An exhibited picture of the Hungarian flag with a hole cut out of the Soviet emblem in Hungary during the 1956 Hungarian Revolution. (Fortepan) 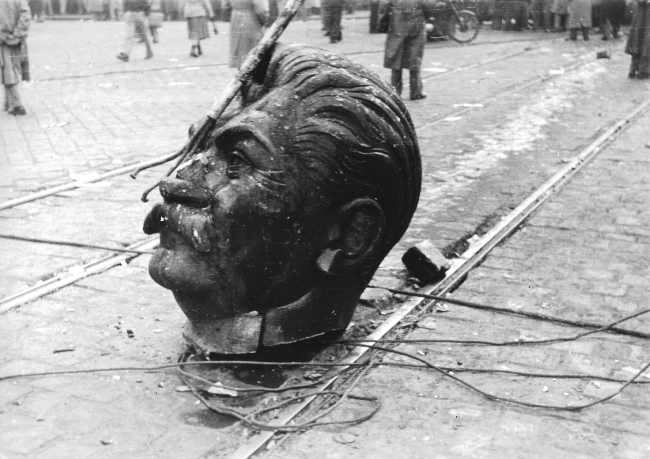 An exhibited picture showing a decapitated statue of Joseph Stalin in Hungary during the 1956 Hungarian Revolution. (Fortepan) 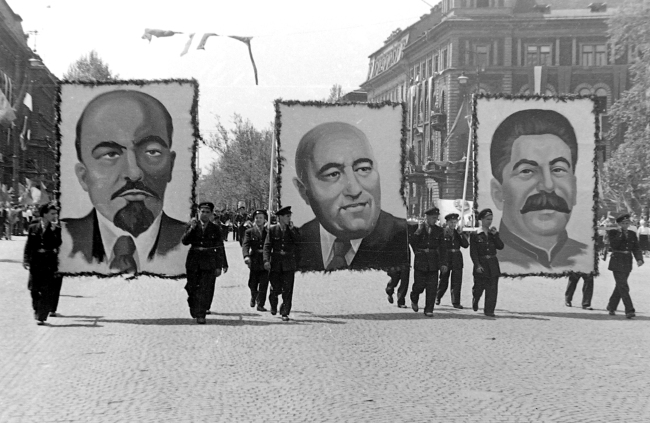 An exhibited picture showing the portraits of Vladimir Lenin, Matyas Rakosi and Joseph Stalin in Hungary during the 1956 Hungarian Revolution. (Fortepan)